Scottish comedian has been given what some would call a bad hand - but he is definitely making the most of it!

'Bible John' lookalike Stuart Mitchell has been dealt a bad hand in life – literally and metaphorically – and wants to share the tales of his life with us. I am so glad he did.

His comedy is very dark, which is instantly very appealing for me. Reflecting back, knowing that I laughed at overdoses, double amputation, and polycystic ovary syndrome makes me think that I should feel bad. But I don't. Instead I am left chuckling at Mitchell's incredible delivery and ability to turn horrific situations into comedy gold. The show was completely sold out, and every single person was laughing at his content.

There were a few points were the show went a wee bit flat, but in some ways these were necessary. They acted as bridges between sections, and provided context to his next onslaught of hilarious material. Some jokes were a bit contrived, and there is a pun that he should be ashamed of, although those are often the best.

As a total aside – you could tell he was getting more comfortable as the show went on, his accent became more and more Scottish!

I left the show feeling I could quite happily sit through another hour of content, and that is the joy of Stuart Mitchell. He is so calm on stage, so friendly and inviting that you will instantly warm to him.

He deserves every star he receives!

Stuart Mitchell: Dealt a Bad Hand is showing in the Pleasance Courtyard at 19:15 at tickets can be found on the EdFringe website. 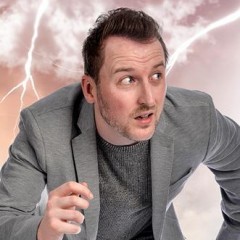 Scottish comedian has been given what some would call a bad hand - but he is definitely making the most of it!