Seoulmates by Susan Lee is a YA summer-themed romance centred around the world of K-pop and K-dramas. The novel follows Hannah Cho, a Korean American teenager. Hannah had her whole senior year planned out, that is, until her boyfriend Nate dumps her, claiming they have nothing in common anymore. He and all her friends are newly obsessed with K-pop and K-dramas, and Hannah, who has spent her entire life shunning her Korean identity, is not. But someone who does know a lot about K-dramas, so much so that they are starring in one, is Jacob Kim, Hannah’s childhood best friend who moved to Korea three years ago and is currently visiting America. Still holding a grudge against Jacob for leaving her, Hannah is determined to use him to get back at Nate. However, Hannah and Jacob soon develop feelings for each other that extend beyond friendship — feelings that they both must navigate before the end of summer when Jacob has to return to Korea.

Seoulmates offers readers a wonderful portrayal of Korean culture. The book begins by gently poking fun at non-Asian people and their sudden obsession with Korea and all things Korean. Lee speaks about how Korean culture has suddenly become ‘fashionable’ with the rising popularity of K-pop and K-dramas. As we see with Hannah, this is confusing for those of Korean ancestry. As a Korean American, Hannah has previously been conditioned to shun her Korean identity for fear of ‘not fitting in’ or being mocked. Lee does a great job here of gently easing her readers into the world of K-pop and K-dramas. For readers who are new to both, Lee explains the culture and obsessiveness of fans. It was very interesting to see the way in which Lee explores the life of a K-drama star, or ‘idol’ as they are called. Lee gives a realistic rather than glamorised portrayal of Jacob’s life, showing his lack of freedom and the orchestration that must go into his every movement to give off the correct ideas to his fans.

Hannah’s character was particularly likeable. Her tendency to hold grudges and to push away those she loves the most in fear of being hurt by them felt especially realistic and deeply human. It was great to see the family dynamics at play in the novel. Here, both Hannah’s and Jacob’s mothers have a voice and even narrate some parts of the story. Their meddling in their children’s relationship was heartwarming and humorous. The characters made for an enjoyable read.

Overall, Seoulmates is a fun, angsty romance that delves into Korean culture and the world of K-drama and K-pop. 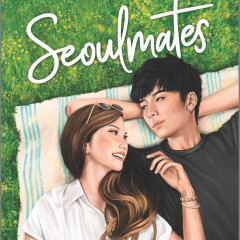