Ahead of their new album, Aliens Don't RIng Doorbells are back to share their new single release.

With a burst of ferocious, galloping guitars and glistening rhythms ‘Big Old Nowhere’ really does get things started. Known for that explosive, classic rock sound ADRD release yet another right away hit thanks to infectious hooks and lively melodies.

Since the release of their riveting first album in 2020, the rock group ADRD, which consists of musicians residing in the Bahamas, the UK, and Spain, have gone on to produce outstanding new music.

You can listen to ‘Big Old Nowhere’ below: 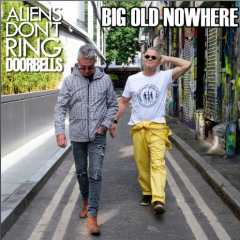 Ahead of their new album, Aliens Don't RIng Doorbells are back to share their new single release.