I absolutely loved the beginning of the show, which sees Tina wrestling with an unruly tent and bringing out a glass of wine the size of a small child. The show continued to be a drunken declaration of Tina’s love for campsites, city windows and her friend Helen, to whom many songs were dedicated.

Tina has an incredible stage presence and voice, supported by a wonderful band (shoutout to the man on keys who was putting everything into those backup vocals). Using her humour, she speaks on loneliness, being an outcast and finding yourself. I thought the most powerful parts of the show were when she was showing off that incredible voice and commanding the stage.

For me, it did feel like something was missing. Maybe it was because the show was a blend of comedy and musical, leaving neither able to fully shine, or because there wasn’t enough time in a one hour show to really go on a journey with Tina and her stories.

Nonetheless her drunken ramblings were definitely entertaining and I loved her interactions, with both the audience and the stagehand. Tina captures the hearts of the audience with her lush voice, personality and lighting comedy. 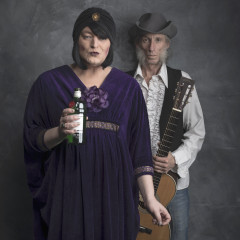