Honor is a beautifully written novel about the complicated issues at play in contemporary India.

A Reese Witherspoon Book Club pick, Honor, follows an Indian American Journalist named Smita, who is returning to India to cover a news story, albeit reluctantly — Smita vowed in her childhood to never return to the country. Once in India, she follows the case of Meena. Meena, a Hindu woman, was attacked by her own brothers for tarnishing their family’s honour by marrying a Muslim man. Upon discovering that Meena was with child, her brothers set her hut on fire, killing her husband and burning her in the process. Through Meena’s devastating story, Smita comes face to face with the brutal treatment of women in rural India.

While set in India rather than Afghanistan, Honor is comparable to Khaled Hosseini’s modern classics The Kite Runner and A Thousand Splendid Suns in that the novel is incredibly powerful and thought-provoking. A few years prior to writing Honor, Umrigar was taken aback by a New York Times article describing the treatment of women in rural areas of India. It is admirable how Umrigar transforms this article into a piece of fiction in order to educate her readers in a more accessible fashion. Honor stands as a looking glass as to what life is like for women in other countries, where honour killings are the norm and traditions are steeped in misogyny. Through her eye-opening novel, Umrigar gives us all a new appreciation for our rights and freedom.

In addition, Umrigar is a masterful author. She has a way with words that is both descriptive and propulsive. Her writing allows you to feel the humidity of India, hear the traffic and street vendors, and feel the characters’ pain, fear and love. Not only is Umrigar’s writing beautiful, but so is the message of hope that permeates the novel’s pages. The story suggests that there is a potential for change, change that can already be seen in cities like Mumbai and the progressive attitudes of men such as Mohan, Smita’s chaperone.

Newly released this June, Honor is a must-read for all. 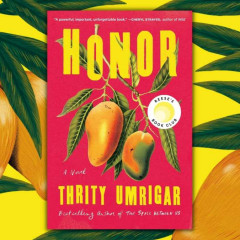 Honor is a beautifully written novel about the complicated issues at play in contemporary India. 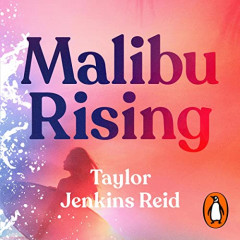