In a historical event for the LGBT+ community, the government of the Argentine Republic will start to issue a new National Document of Identity (DNI in spanish) and a new Passport, in order to respect every person's right to be recognized by the gender identity they experience.

The previous versions of the documents included the options "male" (M) and "female" (F) in the field "sex". On July 21, in Ciudad de Buenos Aires, president Alberto Fernández announced the implementation of the National Decree 476/2021, which says: “For the purposes of this decree, the nomenclature "X" in the "sex" field will include the following meanings: non-binary, indeterminate, unspecified, indefinite, not informed, self-perceived, not recorded; or another meaning with which the person who does not feel included in the masculine / feminine binomial could identify”.

This new nomenclature will allow non binary people to acknowledge their gender identity in a governmental document for the first time.

Back in 2012, the government passed the law N° 26.743. The first article of this law establishes that every person has the right to:

image, and sex with which they are registered there

The new measurements guarantee the exercise of these rights and adapts the national registration and identification system of people to what this law specifies. At the same time, it represents a conquest for the LGBT+ community who has fought for this right to be recognized for a long time, supported by Human Rights organizations like 100% Diversidad y Derechos (100% Rights and Diversity), which promotes equal rights for people of the LGBT+ collective.

The new decree will reach a diversity of gender identities in the documentation issued by the national government for every person, regardless of their nationality, migration, refugee, or stateless status. 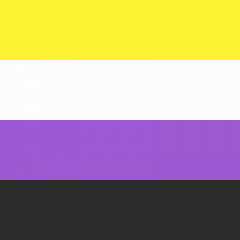