Cherry trees, known as sakura in Japanese, are a key symbol for the country. Their imagery is used commercially across various products, their saplings are given as diplomatic gifts and their blossom signifies hope, beauty and the new school year. The Kawazu Cherry Blossom Festival attracts over two million visitors a year, and such festivals can be dated back to 812CE. So how does a premature bloom of a beautiful and beloved tree give climate scientists cause for concern?

26 March 2021 marked the earliest peak bloom of cherry blossom since the 1400s. This is 10 days ahead of the average set over the past 30 years, and was seen across various cities including Kyoto and Tokyo. Cherry trees are particularly sensitive to temperature changes, and so their cycles provide useful data for scientists on the effects of climate change.

The Japan Meteorological Agency tracks 58 ‘benchmark’ cherry trees across the country, and 40 of these have already reached their peak bloom, with 14 trees achieving this in record time. In the past, their blossom used to only occur in early to mid-April and typically lasts for two weeks. Such records have been monitored since the 9th century, making them the longest and most complete record of a seasonal phenomenon by any country ever.

The change in the bloom of cherry blossoms will alter many Japanese cultural traditions that revolve around the trees, such as hanami celebrations, and in addition to this, can also throw off vital interactions between species such as pollination.

This change in a globally loved plant is yet more proof of the wide-reaching consequences of human-caused global warming. 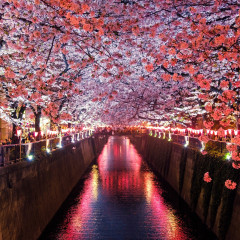