The UK is set to hold a general election on 12 December after MPs vote to support Boris Johnson’s demand that the country go to the polls to break the Brexit deadlock.

Having tried on three separate occasions to get a general election, Boris Johnson finally won the support of Parliament, by a margin of 438 votes to 20. Parties were previously reluctant to allow a general election over fears that the timing would result in the UK crashing out of the EU with no-deal. Following the announcement that the European Council had granted an extension until 31 January 2020, that reluctance has mostly gone.

At the time of writing, the bill is yet to be approved by the Lords, but presuming it does, it could become law by the end of the week. There will then be five weeks of campaigning leading up to polling day.

The Brexit deadlock in Parliament led Boris Johnson to seek an election, hoping to win a majority and, by extension, implied public support for his Brexit deal. 10 of the 21 MPs he threw out of the party following their decision to rebel on Brexit votes have also been readmitted to the party, allowing them to also re-admitted 10 of the 21 MPs he previously withdrew the whip from, following their decision to rebel of Brexit.  However, should the election fail to produce a clear majority, we are likely to be no further forward.

An amendment to the bill that would have set the date for 9 December, possibly meaning more students were at their term-time address, was narrowly defeated by 315 votes to 295.

The difficulties Boris Johnson has faced in trying to secure an election come as a result of the Fixed Term Parliament Act 2011, which states that general elections are to be held every five years on the first Thursday in May, unless a Government loses a vote of no confidence or there is a two-thirds majority vote for an early election. This was circumvented by the simple Early Parliamentary General Election Bill, which stated that an election was to be held on 12 December.

This is the first December election since 1923. 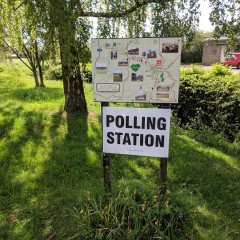