A series of short films depicting a variety of London’s music scenes have been released, and crafted through a partnership programme between Skiddle, the event discovery platform and London-based youth charity, Young Urban Arts Foundation (YUAF).

The new programme, which was launched in April 2022, aims to support young people in the London community by empowering marginalised creatives in underserved areas, such as those where young people are at high risk of child exploitation, being a victim of crime, or simply do not have access to opportunities.

The final cohort consisted of a diverse group of young people from across London and surrounding areas, including an aspiring film director, a singer-songwriter, a presenter and journalist - all of whom are passionate about creating and the arts and keen to break into their respective industries.

‘The Sounds Of My London’ series, which debuted in an exclusive screening at The Halley on 18th October, shows different boroughs and how the vision of the city can differ depending on the community someone is part of. The programme has given participants the knowledge to create an original content series, and featured guest facilitators including actor Femi Oyeniran and director & producer Nicky Slimting Walker.

The films give an insight into the real music scene and communities of the city and have been built using many different mediums, including utilising video footage, illustrations, animations, audio recording and photography. Through the programme, the young creatives have come together into three teams to create three insightful short films, available to view across Skiddle’s YouTube channel.

The three films are:

Created by Lulu, a 20-year-old singer-songwriter from East London who has a passion for content creation and Migul, 18 years old and from Kent, who is an aspiring film director currently studying at London Screen Academy.

'London’s Jazz Scene' takes a good look into the history of Jazz within the capital and its influence on young people in the city. From the iconic Ronnie Scott’s to a local but hugely successful underground Jazz bar called Oliver’s, the piece reveals the city's undying love for the genre.

A film by Ella, an 18-year-old aspiring presenter from Enfield with a love for journalism and radio and Adara, a 21-year-old from West London. Adara has previously worked on Big Zuu’s Eats through a previous YUAF programme and wants a future in the TV & Film industry.

'Moments in Grime' celebrates iconic moments in Grime. From Stormzy at Glastonbury to D Double E’s brilliant Ikea advert, the London-born genre has grown and developed into a global phenomenon. This is a celebration of its success.

By Faith, a 20-year-old hailing from South East London, who aspires to work in the Film & TV industry. Alongside Serena, a 19-year-old presenter and journalist from Croydon with a YouTube channel dedicated to showcasing her interviews.

'Betterment of Drill' takes a look at the positive impact of Drill music in the capital, its influence on young people and how its controversial undertones are hardly unique to the genre alone, therefore, are they that bad at all? Digging a little deeper, we explore a genre that has not just split the capital, but the nation.

Laurie Charlesworth, YUAF Futures Programme Lead and the Young Urban Arts Foundation said: "Thank you to the team at Skiddle for providing our young people with such an incredible opportunity. It was an absolute pleasure seeing these videos come to life. None of the young people knew each other before they started the project and between them, they had a range of basic to very little experience making content or videos in this way. Through 6 weeks of hard graft around busy college and work schedules, our young creatives produced 3 vibrant, interesting and informative videos, focusing on music cultures close to their hearts. I am so proud of what they’ve accomplished. We look forward to working with Skiddle again in a bid to provide even more young people from the capital amazing opportunities!”

Lisa Braithwaite from Skiddle added: “Our partnership with the Young Urban Arts Foundation has been a joy. It is so important to us that we shine a light on the young creatives, so we have loved overseeing the creation of these short films. We are so excited to finally be able to unveil the final products of the hard work these young creatives have put in!”

The partnership with YUAF was formed as part of Skiddle’s commitment to the wider communities within London, and the different cultures within its boroughs, providing more opportunities for events and artists to flourish via its platform.

The programme has run as part of the ‘YUAF Futures’ pillar, which was created for young people aged 16-19 from communities challenged by inequality (BAME, LGBTQIA, disabled teenagers and those living in poverty), with an aim to provide them with work experience placements within their chosen industry. YUAF’s goal of the Future’s scheme is to help to build a support network and self-belief in the youth community to drive their aspirations.

To find out more information about YUAF and their other projects, head to their website and to view ‘The Sounds Of My London’, find Skiddle on YouTube. 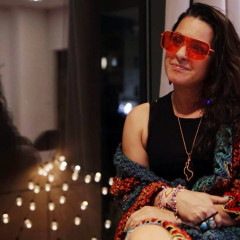