Matthew Joseph is someone who has been consumed and infatuated with music from a young age. Always competing and taking part in dance competitions, Joseph always wanted to be like the pop stars you saw on TV in the 2000s like Britney Spears but decided to take on the design and behind-the-scenes part of the industry for a while.

Becoming a full-time makeup artist and model, he then reignited his passion for performing in 2017, when he was discovered in London and immediately started recording his own music for the first time. Not stopping for a moment since, he was a finalist in the nationwide Soundwaves competition, and has since become a viral sensation on TikTok, with his single ‘Fetish’ and also working with renowned songwriter Myah Marie (Selena Gomez).

Being a pop star is what Matthew Joseph is born to be. Since his first official release in 2019, he has gone from strength to strength and won’t stop until he reaches his ultimate goal of becoming a global phenomenon. Honing in on that ever-present and changing popstar aura, he channels this energy into his songs which are exactly what pop music should be, highly catchy and appealing to the masses.

On the verge of releasing his debut EP ‘POV’, Matthew Joseph shares the lead single ‘Waiting’ which is a highly intoxicating and nostalgic pop track that takes you back to those golden days. Possessing a vocal range that is what the biggest and best have, Joseph, showcases this fully in this fun-filled number that immediately catches your attention.

Working with long-time producer Chris Hall (The Wanted, The Saturdays) on ‘Waiting’, he and Joseph really capture the essence of that throwback 2000s vibe and execute it to perfection. An LGBTQA+ artist and member of the community, Joseph also wants to ensure this in his writing, with this song all about waiting for his boyfriend to get home. It’s tongue-in-cheek and cheesy, which is exactly what those A-list songs 20+ years ago strived for.

Matthew says that “I Wrote the lyrics of this song about my POV of constantly waiting for my boyfriend. Waiting for what is open for interpretation. I wrote a draft of 'waiting' in 2020 about waiting for my big music industry break! then another for waiting for a proposal and this is both a guess, lots of hidden meanings.”

The production really hits the spot too, and any fans of Backstreet Boys, Five, Blue and so many more will be absolutely besotted with this release from Matthew Joseph, further instilling his passionate notion of an artist to take seriously, and is someone who fully embraces his character. ‘Waiting’ is a crazy slice of bubblegum pop that will have many wishing they were back to that era, and Matthew Joseph is doing everything he can to bring it back. 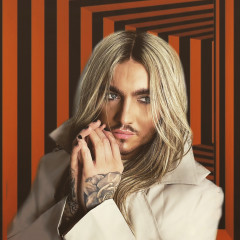