On Tuesday, over 50,000 railway workers will strike over funding disputes. This will be followed by two additional strikes on Thursday and Saturday.

England, Scotland and Wales are expected to see massive disruptions to rail travel after the RMT rail union confirmed three days of national strikes this week on Tuesday, Thursday and Saturday.

The strike on Tuesday coincides with a London Underground strike, the combination of which will cause “severe disruption or no service on all London Underground lines.” Transport for London (TfL) strongly recommended that people avoid travelling on Tuesday or early on Wednesday unless absolutely necessary.

On the days following these strikes, the network will reopen, but delays and disruptions are still expected until rail services resume as usual next week.

The three-day strike comes after disputes in the government decision to cut £4bn of funding from transport systems – £2bn from national rail and £2bn from Transport for London. The London Underground strike comes from a separate dispute over pensions and job losses. These disputes have been amplified by the cost of living crisis that has many across the country feeling the strain and hoping for an increase in wages. Inflation has increased to 9% and is expected to rise to “slightly above 11% in October.”

"Railway workers have been treated appallingly, and despite our best efforts in negotiations, the rail industry with the support of the government has failed to take their concerns seriously,” said RMT general secretary Mick Lynch. "We have a cost-of-living crisis, and it is unacceptable for railway workers to either lose their jobs or face another year of a pay freeze when inflation is at 11.1pc and rising.”

Furthermore, Lynch said RMT is open to “meaningful negotiations with rail bosses and ministers” to prevent months of railway disruptions. However, in a last-ditch effort to prevent the strikes, the government refused to give in to union demands, leaving the future of railway strikes unclear. 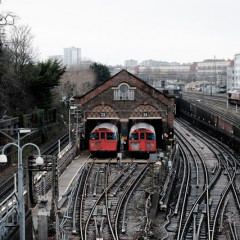 On Tuesday, over 50,000 railway workers will strike over funding disputes. This will be followed by two additional strikes on Thursday and Saturday.