Labour will criticise the current guidelines, coupled with Boris Johnson’s failure to enforce them, as allowing for government corruption.

Labour has called for an overhaul of the system currently used to regulate ministers’ behaviour. The party has criticised Boris Johnson for failing to properly enforce the current guidelines, which they say have allowed for government corruption.

Deputy leader Angela Rayner gave a speech today highlighting the failings of the current system and outlining a proposal for a fairer set of guidelines that will target government corruption. Rayner stated that democracy "cannot hinge on gentlemen's agreements", as Labour calls for the creation of an "independent integrity and ethics commission" to replace the current position of independent adviser on ministerial interests, which Rayner has labelled as “toothless”.

Under the current system, the holder of the role can only investigate ministers’ possible violations of the rules if the prime minister has ordered it. Labour’s proposed independent body would have powers to investigate incidents without the PM’s permission and also to punish perpetrators of rule breaking if found.

The proposal is part of a wider conversation about government corruption and Tory sleaze, and comes alongside an expected review of the MPs code of conduct by the Commons Standards Committee. The government has claimed that it is committed to "reinforcing high standards", however, just how high those standards are has been called into question, as several incidents of MPs working second jobs and breaking lobbying rules have come to light, with little change made to tackle the issue.

Several MPs, mostly from the Conservative (90 Conservative ministers out of 99 total MPs), have been found to have second jobs in order to “supplement” their £82,000 base salary. Labour called for a ban on second jobs for MPs, but the motion was defeated by 51 votes, after Tory MPs were ordered to vote it down. The Conservatives instead put forward a motion to restrict additional work to “reasonable limits”, which passed, with Labour abstaining to vote.

The motion has been accused of being too lax, as it is based around the number of hours worked, rather than the amount earned from said hours. In fact, the proposed rules would not even have covered Owen Patterson, who quit after coming under scrutiny for apparent breaking of lobbying rules.

The Commons Standards Committee had found that Patterson misused his position as an MP to benefit two firms that he worked for. In her speech today Angela Rayner stated a need for ministers to be banned from work that relates to their previous job as an MP for five years after leaving government.

Speaking to BBC Breakfast, Rayner said: "We think it's really important that we clean up the [system] because only under this prime minister have we seen that the code's been so flagrantly disregarded, and we can't have this undermining of public standards.

"People have to have trust in ministers doing the job that they're there to do, and that's to protect the British electorate and protect our interests, not their own." 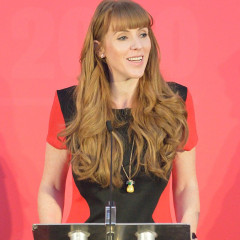 Labour will criticise the current guidelines, coupled with Boris Johnson’s failure to enforce them, as allowing for government corruption.