Voice MagInterviewsWant My Job? with Tr…

Hi, I’m Trevor Perfect and I’m the producer behind the group ‘Red Eye’ (and yes, surprisingly ‘Perfect’ is my actual surname!) Red Eye is centred on my music and lyrics, featuring guest vocalists. Red Eye aims to address the lack of protest songs that exist today, compared with the rich tapestry of protest songs and singers of the past.

A typical day involves lots of work building up the music of each song, section by section. I play all the instruments, gradually adding each one in and slowly building up tracks, layer by layer, until the song is complete.

I usually start with the drums and percussion, then slowly add in each instrumental part... Guitars, keyboards etc., then I produce the guide vocals for the featured vocalist to follow. When I’ve received the vocals (usually within 4 takes), I start mixing and ‘cutting & pasting’ individual versions into one vocal version.

Then comes the mixing of the track, which can often take as long as recording the original music... But the final mix is so important to get right, especially if you’re looking to obtain airplay. I often spend a lot of time working on the lyrics separately; the lyrics of a song are an extremely important factor to me.

Hoping that I can positively influence people and change negative attitudes using the lyrics and emotions of the song. To quote Patti Smith, "it is important to communicate, to wake people up. We all have a voice. We have a responsibility to exercise it, to use it." There’s also a wonderful feeling of achievement when you hear your song on the radio after investing so much effort and hard work.

It can be extremely difficult to get songs played and widely listened to, as many artists can probably relate to in such a competitive, saturated market. There can be a fair amount of disappointment from time to time, so that’s definitely one of the bigger challenges. There’s so much music out there now!

You are the main talent behind Red Eye. Can you tell us a bit about it?

A: Red Eye cover raw social, emotional and political issues, based on the foundation that every song should carry a message. As a review of our first album once said, "Unlike the majority of today's popular music [Red Eye] tackles extremely difficult subject matter, with the melody and arrangement that is both haunting and enchanting". Red Eye are not restricted by genres and work with different singers, even groups, to create songs that are extremely varied.

You can find more information on the group and listen to all our songs at the Red Eye website.

Your new track, ‘The Cross’, is about the power of voting. Why have you released it?

‘The Cross’ is about the ‘x’ that people “lay” when they vote. Voting is one of the few powers that most people possess to change society; the party in power inevitably has an effect on us all. Therefore, the message of the song, in this case, is to encourage people to think of others when they vote and to consider the effect that their "cross" on the ballot paper will have (hence the lyrics, based on Charles Dicken's ‘The Christmas Carol’,: "A spirit showed you, the damage done. The starving children, the homeless mum").

Timing the release was also extremely important. It was only recently released, leading up to the time of the election when people will be laying their cross for themselves. But voting with only yourself in mind and in the interest of your own welfare (without the consideration of others) is a worldwide problem, so I made the lyrics universal. Everyone should think before they “lay the cross", remembering that a "vote is for the people, not just for you".

Do you think people are more or less engaged with politics than five years ago?

I think that people are less engaged with politics than five years ago. This might be partly due to disillusionment with many of the parties and their leaders and in the UK in general over the Brexit disaster.

Interestingly, there has been a rise in social protests recently, for example, the marches for a ‘People’s Vote’ and concerns over Climate Change. Ironically, Red Eye has also produced a song about social protests and mobilising & creating a physical-visual opposition to injustice. It’s called ‘Get Up and Fight’ - an extremely different type of song to ‘The Cross’, being an upbeat track in the style of Heaven 17.

And what responsibility do media figures have in directing, or informing that engagement?

Media figures have a huge responsibility in informing people about politics and political party’s positions, and also persuading people to vote! However, there is considerable amounts of bias and withheld information in the media, so that responsibility should perhaps centre on encouraging people to vote following the public being provided with genuine information and education about different party’s positions and the factual consequences of their policies.

I was a fan of Billy Bragg for many years and his endorsement of the Red Eye track ‘Little England’ was so inspiring. He described the track as "spot on" and "a powerful response to the 'Is Protest Music Dead?' question". He even tweeted his support using a link to the track and placed details on his website. Corresponding with one of your idols over a song you’ve written and recorded is a fantastic feeling!

Another Red Eye song - ‘Moroccan Fruit’, about the plight of refugees - has received fantastic reviews and was awarded ‘2nd Best Song of the Year’ by two radio stations, as well as currently in consideration for “Song of the Decade” by Severn FM. Though, one of the most treasured reviews was from NBT Radio who said: “It achieves that rare thing, a protest song that is not angry, but subtly and hopefully asks for understanding, thus enabling it to seduce and agitate at the same time."

I worked for many years as a civil servant, involving lots of work with the European Commission, European Partners and at meetings internationally. As a result of my experiences, I am extremely concerned about the possibility of the UK leaving the EU. We are often very influential in decisions made by Europe and, collectively, the EU has a powerful voice in international negotiations. That influence the UK has and the benefits of the powerful collective EU vote, will disappear if we leave the EU.

My biggest challenge has often been finding the right vocalist to match the song, this becoming particularly difficult when you write songs across lots of different genres! I have overcome it by working with many vocalists (sometimes on the same song), through perseverance and working hard on the vocal mix. On the positive side, I have worked with some great vocalists whose voice fits immediately.

The big change in the music industry has been the switch from people actually buying music to simply streaming music via the internet. Compared with the past, there’s very little financial reward for most composers and artists now (unless you are one of the top 5% who might benefit from millions of streams).

Carry on with music and composing; one day you’ll be rewarded! Plus, in two years-time you’ll be allowed a beer. Cheers!

It’s hard work doing everything from composing, writing the lyrics, playing all the music and doing all of the mixing, but hearing your song on the radio is an amazing, worthwhile feeling. Despite the phrase "practise makes perfect", it's remarkable how you soon become able to play different instruments and bring all the components together in a complete song. Doing all the work yourself also means that you don't have to rely on others and nothing is released until you are totally happy with the end result.

Another wondrous thing about doing everything independently is that when it finally comes around to playing the song (especially to other people), being able to say "I did all that" is extremely rewarding.

Finally, the final mix sounding good is vital, so play the final version on many different devices (even a mobile phone) and try to make sure that it sounds good on all of them. It makes the whole process a lot easier! 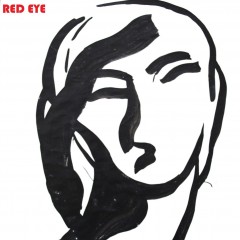 Want My Job? with Trevor Perfect, producer and musician