By now, it's likely that you have heard about the Royal Shakespeare Company from either your teachers, lecturers, parents, peers, colleagues, brochures or frankly on the side of a bus. But, if not, the 'RSC' is an extensive British theatre company, designed to commemorate William Shakespeare's works. They have been doing so since 1961 and regularly produce 20 shows per year in Stratford-Upon-Avon and London.

With this history (and a Royal Chartership), frankly, they are the 'be all and end all' for Shakespeare and hire the most knowledgeable scholars, vocal directors, artistic director and actors.

As an actor, if you wince or snigger at the word 'Shakespeare', you won't be able to advance in this industry. Fact. He's significant for these reasons. So, I met with the fantastically talented actors Hannah Morrish and Tom Lorcan, who play Portia and Messenger respectively. Assistant Director Marieke Audsley supplied her vast knowledge on how to enchant her audience.

So how does one 'do' Shakespeare? Well, Audsley starts with the basics of reading everything about your character. Firstly, "what is said about your character by other characters" and then researching previous productions. Then, obviously having an idea about the world in which the play is set. "As much as you can read, the better," Morrish says.

Knowledge is power and a greater understanding about what you are doing is always beneficial in order to give your all to the text and given circumstances. Professor Mary Beard is a must read for the cast; for whom Audsley will set as homework to complete and share with the cast. I know, the audience found that funny, too - homework for adults.

Next, Audsley discusses the three aspects of a text that the actors are to look out for: questions, statements, commands. "All three structures say something about how the text needs to be delivered and what the character is thinking," states Lorcan.

Afterwards, like the Stanislavski technique, the trio apply active analyses for the crowd (which can be understood here). To go one step further, actors need to understand what the character wants from the scene (this is their 'intention'). This could simply be: 'To get Julius to stay', 'To leave my wife' or 'To get revenge on Caesar'.

Secondly, actors must know how their character is planning to achieve their intention (these are 'tactics'). Tactics are normally subjunctive, dynamic verbs, such as: to flirt, to humiliate, to shock, to repel, to avoid, to refuse, to push away.

Thirdly, the actors must understand what obstacles are in the way of achieving that intention. Examples could include: the character's social status, gender, age, experience, income/power level or perhaps their 'fatal flaw'. Hamlet's fatal flaw was an inability to act quickly (or 'procrastinate'), whilst Othello's was his race. Cast are friendly and will exchange ideas with others, in order to support their colleagues and of course enrich the creative process.

You've reached the end, how about you try applying the tips expressed here to your next script?

This article was first published 21 July 2017 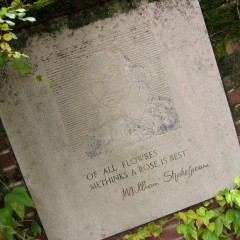