A legacy is more than just the physical things you leave behind. An individual's legacy can live on in ideas, through aesthetics, or even through the people you come into contact with.

The art of glassblowing has existed since around the assassination of Julius Caesar. However, despite its long history, glass has largely been viewed as a commodity rather than a material from which beautiful, sculptural pieces of art could be fashioned.

This started to change in the 1800s, and the 1960s saw the explosion of the studio glass movement in America. The UK was more tepid towards sculptural glass, even with a strong history of glass production (including the first mass manufacturing of lead glass, commonly known as crystal). It wasn’t until the 1970s that this started to change, and it was predominantly due to the determination and risk-taking of one artist.

At 84 years old, Peter Layton is now one of the oldest glassblowers in Europe, and is seen by many as the father of the British studio glass movement. His work has propelled the artform forwards, despite its 2000 year history and, for me, raises interesting questions around how one can leave a legacy in a medium so steeped in history.

While the octogenarian is still certainly a creative powerhouse in the glass making industry, he now largely leaves the actual creation process to his team at London Glassblowing.

I had the privilege of meeting some of that team during my visit to their working studio. Bruce Marks was tasked with walking me through the process of creating my own bauble, while simultaneously fielding a multitude of questions about the artform, his own work, and his thoughts on the industry as a whole.

Born in South Africa, Bruce was previously a restaurant manager, before starting to dabble with lampwork glass making. He moved to London and, having set his mind on working with glass for a living, started looking for jobs. In 2001 he knocked on the doors of London Glassblowing, at that time still based in Rotherhithe, and asked Peter for a job, any job, even if it was just sweeping.

He eventually changed his mind, and 20-years later Bruce is still working there, having progressed through from a trainee and assistant, to a studio manager, to now being Peter’s principle colourist and an award winning artist in his own right.

Getting hands-on with glass

Bruce (very patiently) demonstrated the core elements of glassblowing. The process starts with using a blowpipe to take the glass out of the furnace (which is heated to a cool 1100℃) and rolling it out on the marver – a metal table used to help shape the molten glass. To add colour, you simply dip your blob of molten glass into crushed coloured glass. Throughout this process you need to keep the glass malleable by placing it in the (rather unfortunately named) gloryhole, which is a separate, slightly hotter furnace. You’re also constantly having to maintain consistent rotation of the pipe to ensure the glass keeps its shape.

Then comes the actual glassblowing: trying the best you can to put even pressure into the tube to expand the glass. You have to be careful to mind the different colours which heat at different rates and subsequently, respond to pressure differently. Once sufficiently expanded, you can start to shape the glass using a combination of a wooden mould, wet newspaper, and jacks to pinch the glass in – all while returning to the gloryhole when necessary. Then, it’s just a case of removing the glass from the pipe, blasting it with a blowtorch to make it pliable enough to make a little loop at the top, all before sticking it in a kiln for 36 hours for a controlled cooling. Easy.

Or rather, Bruce made it look easy.

My attempt felt far more frantic and by the seat-of-your pants, although Bruce was kind enough to humour me with praise. Nonetheless, the experience was exhilarating. It is unlike any other artistic medium I've ever encountered, where in the space of 20-30 minutes you can create something with such ornate beauty. It really appealed to the impatient side of me that wants immediate gratification from my efforts. 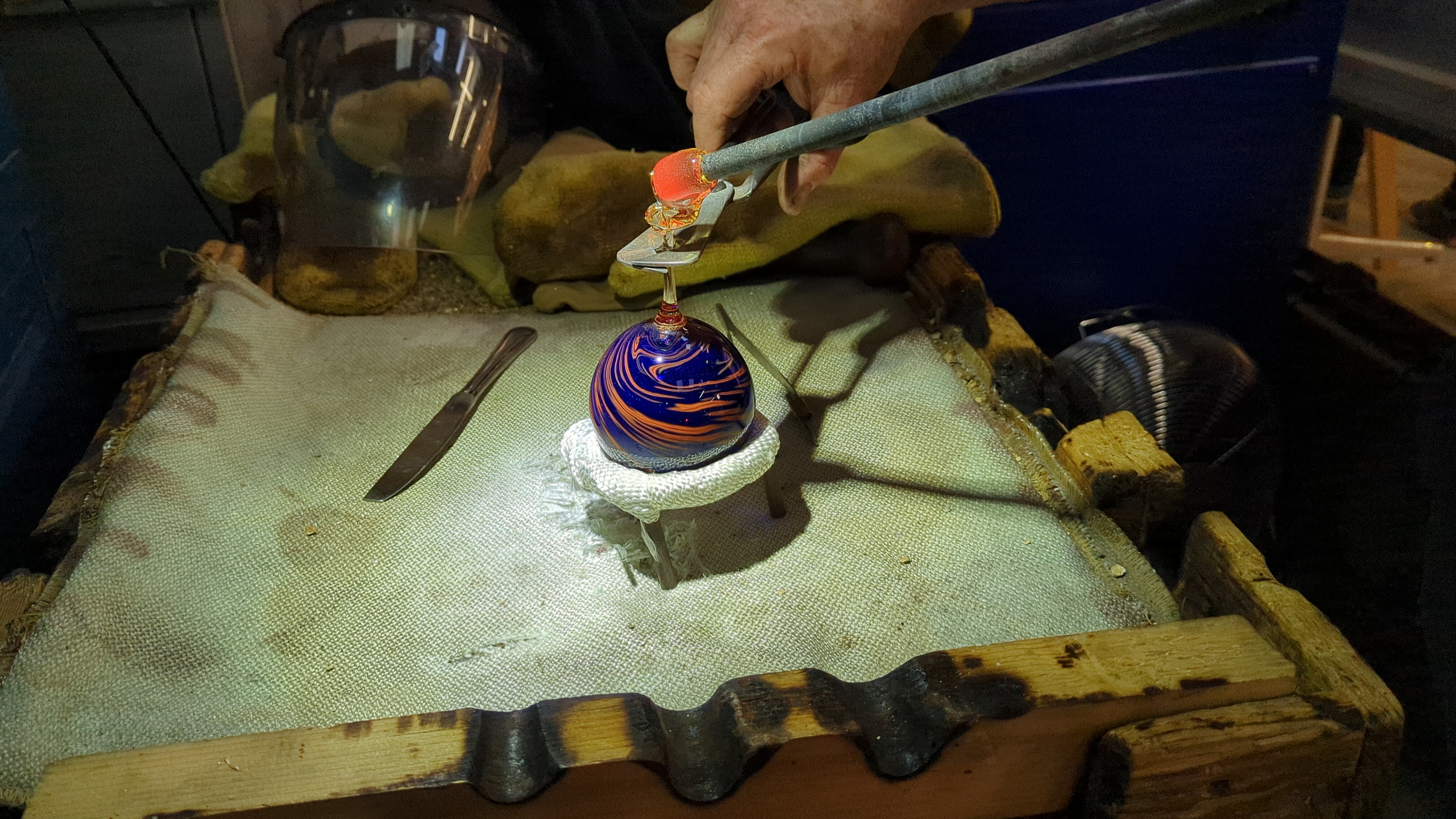 Bruce creating the loop for my baubleOf course, you can only make it look easy by having decades of experience, and that is the case for both Bruce and Louis Thompson. Thompson is (another!) world renowned glass artist who has been working with Peter for 18 years. Fortunately, he also happened to be working in the studio that day. Dressed in shorts and a t-shirt, Louis shaped and handled the 900℃ molten glass as if it were clay, effortlessly – almost instinctively – rolling and blowing the material into a beautifully intricate design.

Speaking to them both, they explained that so much of their work is predicated on the shared experience and dialogue that working in such a communal environment promotes. Ideas can be bounced off one another, and if something went particularly well (or badly), that knowledge can then be shared with the other glass artists to help further the artform. I’d also argue that, more than most mediums, glassblowing relies on mentorship to stay relevant and usher in new artists.

This is true of Elliot Walker, a resident artist at London Glassblowing who went on to win season 2 of the hit Netflix series ‘Blown Away’. More recently, the delightfully affable Harriet Thorne has been working as a studio assistant at London Glassblowing, and said she surprises herself with how much knowledge she has about glass. Certainly, I found her to be a wealth of information on the material properties of glass.

Asked about how young people could get started in glassblowing, Peter acknowledges that it’s certainly harder, and reaffirms the need for glassblowers to act as mentors to the next generation.

“The opportunity to study Glass at University and Art Colleges are less available than a decade ago, but they do still exist. Attempting to gain work experience is not easy either, but perseverance is the answer for anyone wanting to learn.”

How can anyone anticipate the changes in an artform that has remained largely unchanged for over 2,000 years? One such way is to consider what pressures might necessitate change. The climate crisis poses an existential threat to humanity, and every change that can be made, should be made.

I asked Peter about the environmental implications of glassblowing, which he acknowledged isn’t the greenest. “We currently have a gas fired furnace but we are contemplating an electric furnace.”

I asked Bruce about what the climate crisis could mean for glassblowing. He laughed and gave a nihilistic response I can’t print. He did however then expand to explain the significant energy demands of glassblowing, and how in the future a move to electric furnaces – if powered by green energy – could be one response. He also talked to the energy saving measures they currently use. A furnace burns gas with air, and the hotter the air, the more efficient the process is. Heating that air up is wasted energy, so instead there is a system that actually extracts that hot air and pumps it back into the furnace, reducing the energy expenditure.

Peter offered a more optimistic view of the future. He stated that he felt encouraged by the “developing interest in glass as an expressive medium for art and craft,” an interest he has played a pivotal role in fostering for 45 years. With legacy still on the forefront of my mind, I asked Peter the rather uncouth question of how he’d like to be remembered. Thankfully, rather than be offended, he offered a rather modest answer.

“I would like to be remembered for furthering Studio Glass in the UK through my own studio which is considered to be a creative hub and provides a working environment for a number of glass artists, not to mention a selling space as well.” 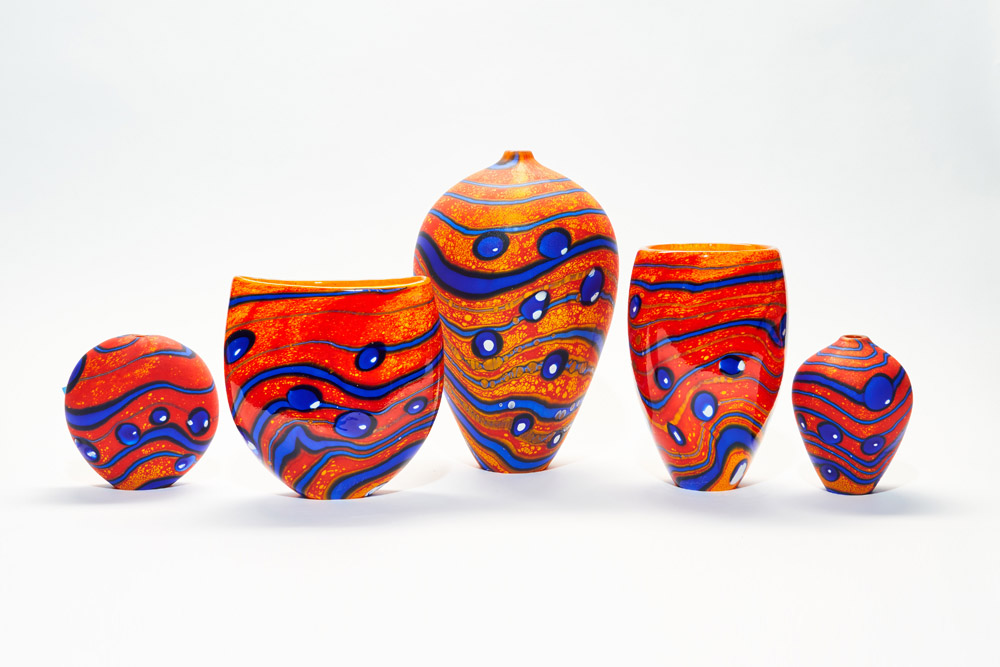 Peter has little to worry about in that regard. Speaking to numerous members of staff, it is very clear that he has had an exceptional impact on their lives. Even I left the studio with new vigour. Having travelled down to London with a very limited appreciation for the artform, I fell in love with both the process and the output. Upon arrival, I was immediately enamoured with a piece on display. At the time, I just viewed it as an intriguing piece of art, but after spending the afternoon there I came to view it as more than that. Glassblowing is steeped in history, and each new piece reflects lessons learned by artists across generations. It wasn’t just modern art, it was a piece of history too.

I now own that piece, and am itching to get back in front of a furnace.

I also got the opportunity to ask Peter some questions about his life and his career path. You can read that Q&A here. 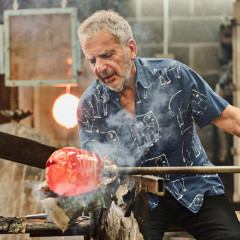 A legacy is more than just the physical things you leave behind. An individual's legacy can live on in ideas, through aesthetics, or even through the people you come into contact with. 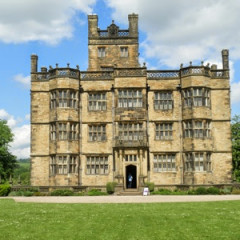