Luke Wright, winner of Best Spoken Word Performer at May’s 2021 Saboteur Awards, has based his 11th full length poetry show on these bawdy street ballads and brings it to Brighton's Komedia on Sunday 10 October.

He can regularly be seen as special guest at John Cooper Clarke shows and as MC for The Libertines (‘One of the greats. A poetic pugilist’ Carl Barât). He was recently dubbed ‘the bard of lockdown’ by The Daily Telegraph after his marathon stint of 100 consecutive nights of online shows.

Luke has received enthusiastic praise from poets as diverse as Simon Armitage, Ian McMillan and Patti Smith who congratulated him on his ‘Cool poems’. 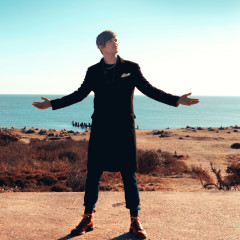