When the 2020 A-level grades were published on 13 August the country erupted in outrage. Days of protests were held in the centre of London. Students, teachers, and parents took to the streets to voice their concern over the classist, racist, discriminatory algorithm which downgraded over 36% of students’ grades.

Are exam boards bowing to public pressure rather than upholding their standards of evaluation?

Exam results have been inflated beyond their normal projection. Instead of a 1% annual increase, we have suddenly seen a 13% increase. Teacher and centre assessed grades are evidently more kind to students than standard exams.

And while individuals may benefit from this kindness, it also makes a mockery of the system. As a 2020 A-level student, I am well aware that my grades mean less. My achievements are not as prestigious as those of the 2019 students.

But here lies the crux of my argument. I would rather have lower, but more competitive grades.

I do not think the inflation of results has aided my year group in the long term.

The algorithm certainly needed scrapping. But another system of standardisation should have been established in its place. Giving in to students’ demands by revoking the entire A-level grading system can easily be perceived as a desperate administration’s attempt to placate the next generation of voters.

Perhaps Ofqual should have used their army of exam markers to assess five pieces of each student’s work. Perhaps a more effective appeal system should have been initiated to allow teachers to contest standardisation where it ought not apply to their students. Perhaps this year’s exams should have been taken in a series of mini-tests, preparing for another cancellation of the exam period.

Whatever the solution, it is clear that the current system inflated grades beyond meaning. And as with currency, inflation always denigrates value.

One particular problem with such inflation is immediate: universities are struggling to accommodate all the students they offered places to. The exam boards have abandoned these institutions to deal with the mess their grading system created. In 2020, there were a record 570,475 students accepted to undergraduate studies, with this figure increasing even further in 2021.

Again – inflation equals a denigration of value. This means that university degrees are not valued by employers as much as they used to be, nor do they necessarily signify that large an income increase.

Robin Naylor and Jeremy Smith of the University of Warwick, and Shqiponja Telhaj of the University of Sussex studied how a degree might impact your average income. They discovered that a degree only significantly increases your salary premium if you achieve one of the top grades. They comment that, “If the continuing marketisation of higher education in the UK leads to further grade inflation through the awarding of a higher proportion of good degrees, then this is likely to reduce the premium.” And with student loans landing graduates in £40,000 and upwards of debt, we must question if universities are helping or hindering society in the long term.

So while it is essential that higher education is accessible for all, should universities be promoted as the only career path? Are higher A-level grades accentuating the problem of degrees becoming worth less and less?

It is clear that increases in A-levels and increases in degrees do not solve the societal issues they attempt to, and the band-aid of Ofqual using teacher-assessed grades for A-levels this year and last will not help students in the long run. The education system has been flawed for many years, perhaps examinations even need to be scrapped altogether.

Personally? This student would rather a fair but harsh system than a lollipop of A* placation. 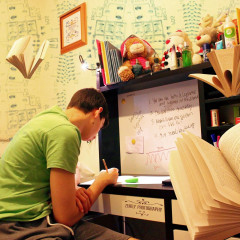 You can’t just give students what they want: how pandemic A-level grades are corrupt