When I read ‘The Handmaid’s Tale’, there was one plot point which struck me as particularly uncomfortable: its timeline. It wasn’t set in the all-too-distant future. Its characters once lived in the world we live in now. And they witnessed enormous change themselves, they experienced a complete social upheaval. Offred’s struggle was particularly heartwrenching because she knew what it was to be free, she had that comparison to make her reality all the more painful.

And it was this idea which struck me in the wake of the Taliban’s recent conquest of Afghanistan. Women’s rights is a political issue, but it's also a deeply personal one. Perhaps women living in Afghanistan today might experience a change with all-too-easy comparisons to Margaret Atwood’s fictional creation.

A lack of human rights is atrocious, but the loss of them is all the more agonizing to witness.

Former Afghan ambassador, Roya Rahmani, has issued warnings over the severity of the situation in terms of women’s rights. “The progress and achievements they (Afghan women) have made is on the line, the women of Afghanistan are very nervous, very scared and very concerned”, Rahmani stated. Since the Taliban’s retreat in 2001, women have increased their attendance at school, improved their presence in the workplace, and promoted control over their bodies. It has been exactly 20 years of progress. Yet Unicef still reports that only 19% of young girls are literate, while a third of girls are married before they turn 18.

And now fears for the future are escalating.

When the Taliban last took control in the 1990s, women were strictly controlled under the regime. Women were not allowed out of the house without a male guardian, workplaces were out of bounds for anyone female, and burqas for girls and women were made mandatory. The story that activist Shukriya Barakzai tells of her breaking point, when in 1999 she attempted to fetch some essential medicines without a male guardian, only to be beaten with a rubber cable by men imposing Taliban law, exemplifies the extremism of their last rule.

And yet the Taliban have claimed that this regime will be different. One Taliban spokesman, Zabihullah Mujahid, spoke in a public appearance about concerns over women’s rights.

He promised, “We would like to assure the international community that there’s not going to be any discrimination against women," he said. “But of course within the framework that we have. Our women are Muslim."

Exactly what this means is subject to debate. A single pattern is yet to be established. In some parts of the country, the Taliban have encouraged women to return to work and have even allowed girls to return to school, merely handing out Islamic headscarves at the door. As proof of this, a female news anchor interviewed a Taliban politician days after they took control of the country. Yet other parts of the country have seen controls already implemented. In Kabul, photographs of women outside beauty parlors have been destroyed. Female teachers have also been banned from teaching boys.

Shariah law, which the Taliban claims to observe, is open to interpretation, and the way in which this regime will determine it is not yet clear.

Yet one fact is blatantly obvious: women in Afghanistan will have a struggle thrust upon them in the upcoming years. Unfortunately, of course, they are not the only group at risk, especially when considering the LGBTQ+ community’s treatment under the Taliban.

In our corner of the world, we have the privilege of keeping a dystopian future within the safe confines of a book cover. But that is not the case for women everywhere.

Yet as activist Shukriya Barakzai claims, the Taliban has taken Afghanistan, “but not the hearts and minds of people.” Let us hope that they continue to fight. 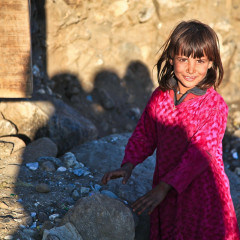 For Afghan women, there is real risk of a dystopian present 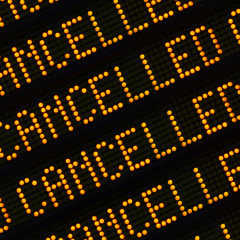 Strikes to wipe out almost all services from 1 October