In a departure from our usual upbeat style at Voice, we decided to look back on those films that made us seethe with fury, bury our heads in our hands with secondhand embarrassment or worse yet, made us feel nothing at all. Join us as we go on an unhappy and regrettably unforgettable journey down memory lane to look at the films that promised so much and delivered so little!

Annihilation had the makings of what could have been a good film — visually pleasing, an ambitious sci-fi premise and a star-studded  cast. Unfortunately, none of those elements can make up for an abysmal plot, bad writing and poor execution. Without spoilers, the plot centres around a mysterious meteor landing on earth, causing out of this world unknown biological effects in the local area. Of course, the only way to discover more about this unknown pathogen is to explore the area. The ideas are there, aptly taken from the successful 2014 novel under the same name, but the execution is just off. The philosophical concepts are there, but again, the execution falls incredibly short. Could the idea that we're all interlinked with nature be an interesting device? Sure, with good writing. However, people randomly dying and turning into flowers with no real explanation, no matter how visually impressive, is just a whole load of nothing and lacks the scientific basis of sci-fi to hold any value. That just about sums up the entire film, visually impressive, but a whole bunch of nothing.

I wanted this movie to be great, but instead, Annihilation left me thinking, ‘what a complete waste of my time’. With production costing $40 million, to make only $43 million in the box office, it's safe to say it was a complete waste of time for everybody involved with the movie too.

Aquaman has always been the superhero who drew the short straw – the suit, the powers, the lack of respect within DC – but this 2019 film was intended to vanquish it all whilst reclaiming Aquaman’s reputation in the comic sphere. Jason Momoa as Aquaman was a promising choice, and the star studded cast that followed (Amber Heard, William Dafoe, Nicole Kidmann to name a few) gave us hope that this tale of a man finding his identity would be different. However, this film was unnecessarily bad! His suit was so ugly that even Momoa’s looks couldn’t disguise the childlike armour, the plot had so much potential but  became so predictable for a viewer that you start to enjoy your predictions over the actual film. The film is just a no on all levels. I found more pleasure watching Raj in Big Bang theory become Aquaman.

This film represents the point at which Disney should have stopped ploughing on with their disastrous live-action remakes. Even with the inexplicable choice of Guy Ritchie as director, who is best known for British gangster films, all of the right elements were there. Two relatively unknown but talented actors in Mena Massoud and Naomi Scott were cast as Aladdin and Jasmine, Will Smith brought his (admittedly dwindling) star power as the Genie, while the excellent Alan Tudyk voiced Iago. The original Aladdin (1999) is one of Disney’s most beloved and commercially successful animations. Yet Ritchie’s version managed to combine all of these positive elements and create an exaggeratedly cheesy mess that had none of the nostalgia of the original. I would like to put this film on a magic carpet and send it to a whole new world of oblivion.

Where do you start with DC’s Suicide Squad? Released in 2016 amid much fanfare, which included the release of tie-in singles ‘Heathens’ (Twenty One Pilots) and ‘Purple Lamborghini’ (Skrillex and Rick Ross), the film was ultimately panned by critics. I have to say, I think they were right on the money with this one. With a muddled plot and frankly uninteresting main antagonist in Enchantress, Suicide Squad seemed destined for failure, with this being compounded by the tonal inconsistencies throughout the film. It never seemed to make up its mind on what genre it belonged to. Featuring a laughable portrayal of The Joker (Jared Leto) that elicited groans instead of gasps of suspense, Suicide Squad never quite found its feet. Ultimately, I was left feeling as though I had wasted my time and my money in going to the cinema to watch it.

This entry could also appear on a list entitled ‘Film franchises that refuse to die’, forming part of The Conjuring universe. A prequel to The Conjuring 2 that focuses on the origins of that film’s villain, The Nun follows Father Burke (Demián Bichir) as he investigates an evil presence at a Romanian monastery with Sister Irene (Taissa Farmiga). Now I’ll be the first to admit that I usually can’t watch horror films as I’m deathly frightened of them, but The Nun was genuinely amusing to watch, as many jump scares were telegraphed from a mile off. Instead of feeling any sense of anticipation or suspense, I was instead left patiently waiting for the next loud noise in the film that denoted a call for the audience to feign shock and horror. By the end of its 96 minute runtime, I couldn’t wait to go Valak home.

This is an American cyberpunk action film based on Japanese manga artist Yukito Kishiro's 1990s series Battle Angel Alita and its 1993 original video animation adaptation, Battle Angel. Rosa Salazar stars through performance-capture animation as Alita, a cyborg who awakens in a new body with no memory of her past and sets out to uncover her destiny. Now the trailer is captivating, and if you love fighting scenes you will have a field day as it doesn't disappoint. My discrepancy with this film is that there was so much more to this plot than romance and that’s what they decided to focus on. The first 40 minutes dragged and the last 15 minutes of the two hour film gave me hope for a promising ending. That’s simply not enough! It's disappointing, dismissable and discouraging that a film with such rich source material and next-gen graphics could wind up being so trite. 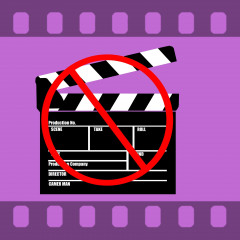 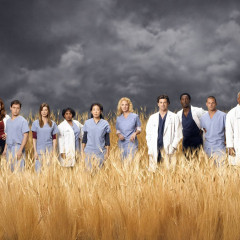