This blog was written by Puffin Ethics a young spoken word artist from Herefordshire.
I could probably write a small book about my experience making a film with the Rural Media company for this Random Acts Project, but I've tried really hard not to. I also tried hard not to open with a clique...obviously not hard enough. No one's got time for books anymore anyway, that's why you want to make a film, right? I'll try and keep it snappy.

My idea came from the place all ideas come from; the world. It came from having a rubbish job. My advice to anyone reading this is to get a rubbish job. If you're at Art College, get a part time job at a supermarket or something, honestly, it really helps. You have so much time to think and you feel so restricted that the friction turns into some sort of beautiful imagination lubricant. It's fantastic.

I actually shot my short film at a location where I had actually done some work around the time that I wrote the original idea. So don't be afraid to be true to your original inspiration, it really helped me.

Making the idea a better idea

When developing my idea to begin with I just sat thinking about it to be honest. I didn't write much I just thought about it and watched films that I thought could help me. Then I finally gave myself a deadline and wrote the script on the day that I told myself would be the day it would already be finished.

Once I'd finished my first draft I didn't touch it until I met with my mentor to discuss my ideas. That is a theme I kept through the whole process, I didn't change anything unless I spoke to someone else that was involved in the project. This wasn't because I wasn't confident enough to do it alone, it was just that I wanted everyone to influence it. Everything anyone ever does is collaborative in some sense and I really didn't want to forget that.

Letting go of your baby

The more people I met, the more my idea naturally developed. Even meeting actresses to discuss the possibility of them playing main role pushed my idea further; even the ones who didn't end up playing the part. I really wanted the actress who played the main role to make it her own and be unique to her. It's a feminist film. I'm not a woman, so I really needed a woman's interpretation of my idea.

As soon as other people were involved it wasn't just MY film anymore. If I had worked with another cast and crew I would have made a different film. The hard part is knowing when you're right, and when someone knows better than you. I found a hard and fast rule is… if the thing you're discussing is practical then listen to the pro, if it's purely artistic, stick to your guns.

Sticking to your guns

Something that I found vital to the whole process was my relationship with my mentor. It was pretty imperative to be able to argue with him properly, politely but properly. That may sound a bit crazy but I think he would totally agree. A shot that made it to the final cut was his idea, which I told him would be rubbish. Although, it doesn't stop there. In the edit, I re-watched this shot and decided that it was actually really, really important. For me it makes the film. So, I sent Nathan my rough cut with the aforementioned shot in pride of place. At this point, Nathan didn't like this shot so much, obviously he had listened to me on the day and internalised my thoughts as his own. The whole debate over this shot was finalised by me saying, 'You know that I've just argued with you, so we can include YOUR idea'. He laughed and we kept it, proper team work I reckon.

Not Everything Comes Naturally

I absolutely hated being an extra. I think that it would have been fine if it wasn't my own film and I didn't know everyone well but I really hated being on camera. Which is unlike me. I just found it really uncomfortable. I found meeting actors and selling my idea and myself pretty daunting too. Maybe it's because I'm English, but telling someone you're good at something feels totally unnatural… like you've made them tea but you've spat in it and your just waiting for them to swallow your unmediated self-indulgence. .

In contrast, I found meeting with the team at maverick so wonderfully surreal. Everyone talking was talking about my idea in a proactive manner like it was great and like they were excited about making it too was really hard to take in, just because it was so unlike real life. Maybe people should tell other people they are good at things more often.

I guess getting to sleep the night before the shoot and getting up on time in the morning was kind of hard. I know, this maybe sounds ridiculous, but apart from that I didn't really find anything else particularly difficult. Not because I'm some sort of super genius, but more because I was so eager to do everything that when I look back I find none of it has that difficult feeling, some things were challenging but I felt like it was right that I had to work on it. Although all of it was new to me, I felt the effort was the very least I owed myself and everyone else involved.

If I could change anything I would probably just shoot more on the day. I'd have my shot list and I'd shoot loads more than I needed. It would have been nicer to have more flexibility in the edit, I would definitely have shot more than we did if I had the chance again. More is definitely more in film. More of less is probably better but too much is the right amount, if you catch my drift. Get more, basically.

I was lucky to have the editor, James, there on the day of the shoot to mark the good shots. If you don't have that luxury do it yourself, or get someone else to do it. I think it saved us about half a day's work in the edit.

I think, if you articulate what you want to the people you are working with really well you can just let them get on with it. I made a mood board for my shooting director, Mick, and he found it really helpful. I didn't think I'd ever make a useful mood board but we're on the same page right after he'd seen it.

My most important bit of advice I could give is just to trust everyone, especially yourself. I think accepting that what you create is going to be different from what you'd imagined you would create at the start is vital. I think accepting that people are working on their interpretation of your idea is paramount to making something good. I think making the effort to get people on the same page as you makes a good project a great one. 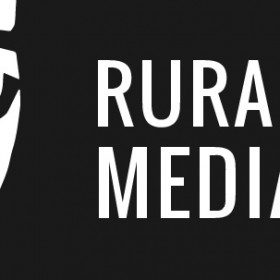 Rural Media - Media that Makes a Difference. We use film, media and digital arts to educate, influence change and celebrate rural life 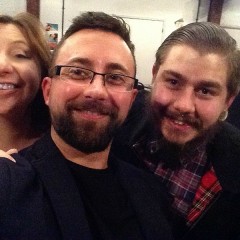 Random Acts: A bit of the Journey

This blog was written by Puffin Ethics a young spoken word artist from Herefordshire.
I could probably write a small book about my experience making a film with the Rural Media company for this Random Acts Project, but I've tried really hard not to. I also tried hard not to open with a clique...obviously not hard enough. No one's got time for books anymore anyway, that's why you want to make a film, right? I'll try and keep it snappy.