I go to a very academic girls' school which is full of highly intelligent students who excel at English, Maths and Science. There are countless prospective doctors, lawyers, accountants and engineers in every year group, who go on to attend Russell Group universities and graduate with First Class Honours. The school is wonderfully attentive to the needs of these students, with an Oxbridge admissions tutor working individually with each prospective applicant and numerous subject teachers who critique and improve relevant personal statements.

There are also, however, many wonderfully talented artists, musicians, designers, actors, dancers and technicians who don't receive quite as much support as their more 'academic' peers, and are being given less and less opportunity to pursue the subjects they love.

The school has recently made it compulsory to take all three sciences at GCSE (students could previously choose to take double science, as I did myself), which makes it more difficult for pupils to take creative subjects, as they are often chosen as a tenth option which some no longer have. It also shows a worrying lack of concern for the less scientifically-minded students, who not only dislike the disciplines, but simply aren't good at them. In my GCSE set there were several girls who struggled to cope with double science - how are students like that supposed to not only keep up with triple science, but achieve the outstanding grades expected by the school? Even more worrying is the fact that the science teachers haven't been allowed to put students in ability-based sets, which means each class will have mixed-ability students and some will inevitably race ahead and feel held back while others feel inadequate because they can't work at the same fast pace.

That said, the flaw isn't so much in my school as in the education system in general. Not everyone's brain works the same way — some people can build a table and chairs from scratch but struggle to understand osmosis, while others can explain the chemical processes in a nuclear reaction but can't draw a stick figure. We're often told that everyone is unique, and that that's a good thing. Except, when someone is good at Biology but struggles in art, that's okay because not everyone is creative and 'some people just aren't good at drawing'. They don't have to carry on with the subject past Year 9, and if they don't get top marks no one worries. And yet, when someone can draw beautifully but can't understand anaerobic respiration, there's a problem. They can't drop Biology because it's a 'very important subject', and maybe their brains just don't work that way but they still have to sit an exam in it and then feel bad about themselves because they can't get a top grade no matter how hard they work. But sciences will help them in the long run, more so than any of those silly creative subjects…right?

I won't deny that doing triple science at GCSE has its benefits. It will better prepare those who wish to take science A-levels or study science-based disciplines at university. Some students know without a doubt when they are choosing their GCSEs that they want to pursue the sciences later on in their education, so for them triple science is an obvious choice. Some students, however, know without a doubt that they don't. Many have no interest in the sciences, preferring humanities or creative subjects instead. For those students, having the option to study double science is important, as it means they can take another creative, humanity or language which will benefit them more. They will also enjoy their education more, as they'll be taking more subjects they actually like.

And if they do change their mind and decide they want to pursue science after all, triple science isn't fundamental to do science A-levels, or even study it at uni — in fact, someone who was in my GCSE double science set is doing exactly that, and she's doing just fine.

To me, this decision is a stark reflection of the sheer lack of respect and regard for arts in our society. A significant factor in the school's decision was the fact that numerous other highly academic schools in England do the same, which just shows that 'academia' (in other words, 'education') and 'arts' aren't associated nearly enough. Okay, maybe these schools aren't purposefully neglecting the arts; maybe they're just trying to ensure that all of their students have a solid foundation to their education so that they can choose any career they like. The problem is, I personally haven't seen very much evidence of my school's support for creative careers. My own sister — who is now in her second year of the Technical Theatre and Stage Management course at the Royal Academy of Dramatic Art — was given very little help by the careers teacher when she told them she wished to study technical theatre, and had to go through six interviews without their support. There are students in every year group who go to art colleges and drama schools, and although they are assisted, they are always paid less attention than the Oxbridge applicants, despite their applications often being just as complicated and gruelling.

It feels like schools are regressing by limiting students' creative opportunities in this way, and it upsets and angers me that the arts are so blatantly disregarded when it comes to deciding what constitutes a 'good' education. I love my school for so many reasons, but it seems to me like its academic profile and appearance are becoming more important than supporting the needs and interests of all of its students. And I'm angry that the education system works in such a way as to make such a decision acceptable, let alone expected. It feels like more and more people each day are failing to recognise and celebrate the incredible power of the arts, and, as a result, failing the students who love them.

Luckily, before she left, my sister introduced Arts Award to the school, and a large number of girls now take the qualification. Sadly, extra-curricular activities such as Arts Award may soon hold the burden of providing students at schools such as mine with the creative opportunities they need and deserve. I can only hope that support for such endeavours continues long into the future, and that schools don't decide to cut those too. 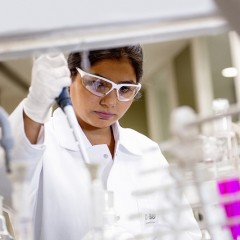 Neglecting the Arts in Schools