On 20 November, the 27th Conference of the Parties to the United Nations Framework Convention on Climate Change (COP27), which took place in Sharm el-Sheikh, Egpyt, concluded with a historic decision to establish and operationalise a climate loss and damage fund. This will provide financial aid to poorer countries more vulnerable to climate change.

UN Secretary-General António Guterres welcomed the fund, but declared that more must be done to urgently reduce emissions.

The world still needs a giant leap on climate ambition

“The red line we must not cross is the line that takes our planet over the 1.5-degree temperature limit,” he stressed. “We can and must win this battle for our lives.”

From 6 to 20 November, COP27 held high-level and side events, key negotiations, and press conferences, hosting more than 100 Heads of State and Governments, over 35,000 participants and numerous pavilions showcasing climate action worldwide and across different sectors.

This all comes at a time when only weeks before the event, a group of researchers and scientists from Oregon State University announced that the Earth has reached “code red” and that "humanity is unequivocally facing a climate emergency." 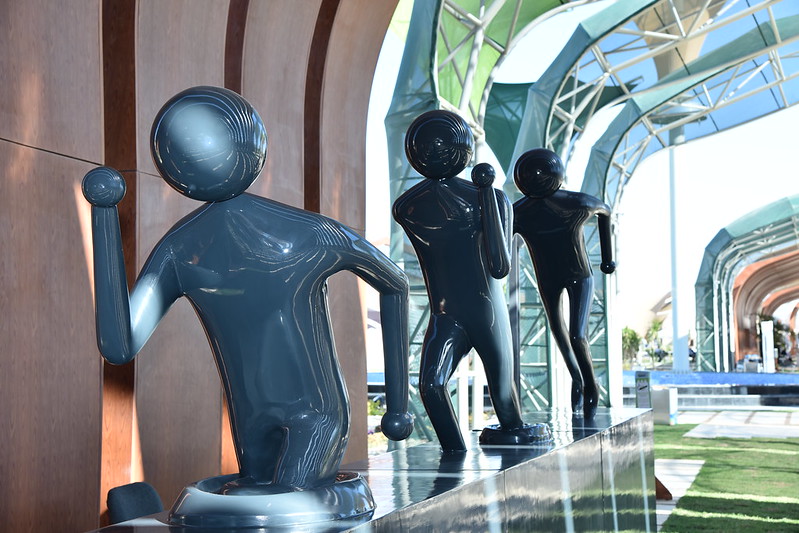 The researchers noted that in 2022, atmospheric carbon-dioxide peaked at levels not seen for millions of years.

Then, it was announced that the Earth is set to heat up between 2.1C and 2.9C by the end of the century compared to pre-industrial times, according to an October 2022 report from the United Nations Framework Convention on Climate Change (UNFCCC).

According to the Emission Gap 2022 report released by the United Nations Environment Programme (UNEP), countries have only achieved one-fiftieth of the goals laid out in the summit 12 months ago at COP26–to maintain temperatures within 1.5C of pre-industrial levels.

With these warnings in such close proximity to the event, it would only seem natural to assume greater efforts would be made this year. But unlike COP26’s relatively big turnout, COP27 was missing many notable voices.

Boris Johnson. Love him, hate him, the former UK Prime Minister is incredibly divisive. However, one thing he did, arguably even well, was unite world leaders when the UK hosted the G7 Presidency, on 11–13 June 2021 in Cornwall. There, world leaders came together and agreed that “climate change is the biggest threat to society”. Soon after was COP26 in November 2021, held in Glasgow, Scotland, where many countries pledged new targets.

So why is it, then, that two Prime Ministers later, it seems the UK government had forgotten these very sentiments?

Firstly, according to the prime minister’s spokesperson, the freshly ascended and longtime climate activist, King Charles III, was instructed not to attend COP27 by Downing Street while Liz Truss was (briefly) Prime Minister. This was a staggering move backwards and a world away from Queen Elizabeth II’s speech at the 2021 G7 and COP26 addressing climate change.

This was then worsened by the newly empowered Rishi Sunak. Some had hoped he would be the answer to Liz Truss’ string of failures. However, just days into his new role, he announced he would prioritise Britain’s Autumn Budget over the summit. Naturally, this was slammed as a “massive failure of leadership” by Labour’s shadow climate secretary Ed Miliband and his Labour party leader, Keir Starmer.

Unsurprisingly, the sentiment was agreed upon by the general public, who, just a few months prior, experienced the hottest UK summer ever on record as it reached 40C.

Like his predecessor, Sunak made what one can only imagine will be the first of many U-turns by announcing that he would, in fact, be attending.

But at this point, was it too little, too late? And that about sums up much of COP27. 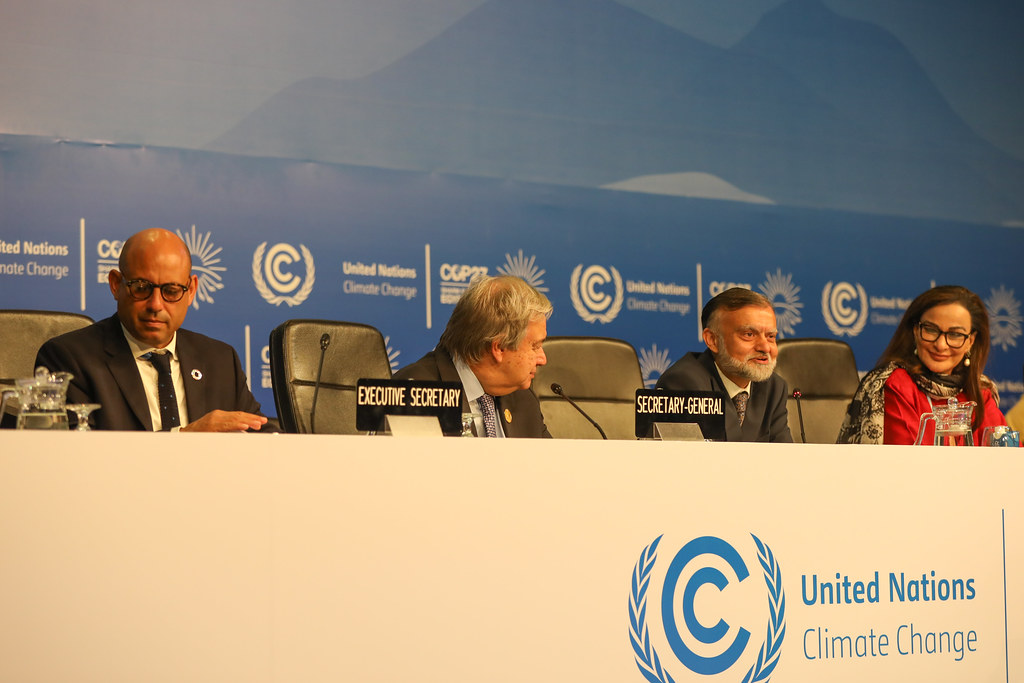 The beginning of climate-related discussions

"The historic outcome on loss and damage at COP27 shows international cooperation is possible," said Mary Robinson, former president of Ireland. However, she and other climate experts also added that "none of this changes the fact that the world remains on the brink of climate catastrophe."

Lamenting on the disparity between COPs, Boris Johnson made sure to attend, stating, “I am the spirit of Glasgow.” The former Prime Minister explained that he was continuing COP26’s discussions, highlighting, “it’s incredible to think how much has changed since that last COP and, to be frank, how much damage has been done in just one year to our great common purpose of tackling man-made climate change.”

I am the spirit of Glasgow

Ironically, Sunak’s speeches can be boiled down to mantras: “there’s hope” and “we must act fast”—(though his decision to RSVP seems to be anything but hopeful or fast).

But it wasn’t just British representatives Rishi Sunak and King Charles with the wavering will-I-won’t-I. Amongst the other prominent no-show attendees included:

Greta Thunberg's absence was highlighted by many. Although she attended the previous COP26, the 19-year-old activist announced her distaste for the event. “This is no longer a climate conference; this is the global North greenwash festival,” said Thunberg.

As it is, the COPS are not really working

“A two-week long celebration of business as usual and blah, blah, blah,” she said at the London Literature Festival, where she began the launch of her new book, The Climate Book. The COP conferences, she added, “are not really meant to change the whole system”, but instead encourage gradual progress. “As it is, the COPS are not really working, unless of course, we use them as an opportunity to mobilise.”

China, the world’s leading emissions emitter, also seemed to have written off COP27 as President Xi Jinping was notably absent from the conference. By 2060, Beijing aims to lead a carbon-neutral country.

Also lacking in leadership was the world’s third largest polluter, India, as its Prime Minister Narendra Modi, did not make an appearance. He was said to be campaigning for elections in his home state Gujarat—despite the country suffering some of the most adverse and extreme weather, due to climate change.

Instead, India’s Union Cabinet Minister for Environment, Forest and Climate Change, Bhupender Yadav attended the COP27. India’s absence is stark, as it’s already severely behind most countries’ 2030-2050 carbon-neutral goals, setting 2070 as its goal instead. 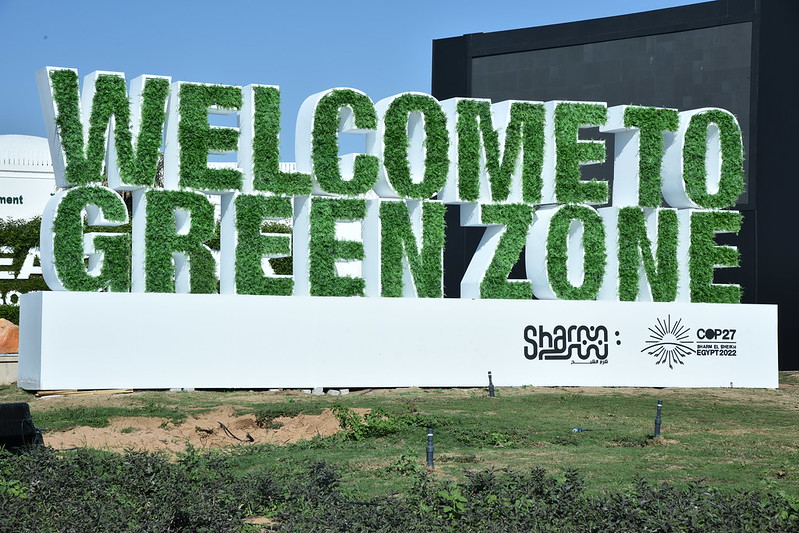 How effective was the green zone when it's been reported that over 600 private jets were used to attend COP27?

Russia, the fourth biggest polluter and an international pariah, was not represented by its leader. Vladimir Putin did not attend COP27, despite attending the previous year’s COP26 via video call, making his absence even more prominent this year.

In 2021, Russia pledged to become carbon-neutral by 2060, twenty years later than EU targets.

The world’s fifth largest emitter of greenhouse gases, Japan was awarded the “Fossil of the Year” award for “doing the most…to do the least” by NGO Oil Change International (OCI).

“The Japanese government is making huge efforts to export false solutions” such as coal-fired power plants to other countries despite the international trend to end investment in fossil fuels, the Climate Action Network announced at the conference: US$10.6 billion per year on average from 2019 to 2021.

Naturally, this would have been an ideal time to attend and inform the world of its carbon pledges. Instead, Japan’s Prime Minister, Fumio Kishida, was also absent from the conference. This comes as Kishida has had to replace a third cabinet minister in one month, due to an influx of resignations.

Kishida attended the COP26 last year and announced that Japan would provide additional support of up to around $10 billion (about 1.5 trillion yen) to developing countries.

This has yet to be seen.

Although many of these countries sent delegates, the absences of major world leaders, in particular, the world's largest emitters and many of whom attended COP26, signifies a changing tide in attitudes towards climate change and a significant struggle to truly unite on one goal—carbon neutrality.