Undead rising in the forms of zombies have slowly become a popular genre among fans. The different mediums showcasing variations of zombies have slowly gathered an increasing fan base over the years. From not knowing what a zombie was, to having multiple takes on what a zombie is, the genre has exploded among fans and generated lots of money indicating its popularity.

The early 2000s saw a rise in zombie apocalypses occurring.  Bringing the effect of a post-apocalyptic world to cinema screens, 28 Days Later (2002) made its audience feel as if they were in an unfamiliar place. Thanks to its terrifyingly fast, extremely contagious creatures, the film revived love for zombie content and became a fan favourite. A new golden age of zombie movies began following 28 Days Later in 2002, followed by the immensely popular Resident Evil movie in 2004 and Dawn of The Dead remake in 2005, spurring fans to visit the zombie genre once again. It helped that The Walking Dead released in 2010, culminating in the height of zombie mania, increased a growing obsession with the undead.

Before George Romero's 1968 picture Night of the Living Dead, zombies were not widely recognised. This doesn't mean that the term was unknown, but it wasn’t present in everything. Television series, movies, video games, and so forth weren't very common. Night of the Living Dead was not the first zombie film or the one with the term "zombie" in its title, however, it was a game changer by starting a zombie cult following that fans loved.

Soon television increased the rise of zombie popularity, and with it, an increasing fan base. Films and video games are still on the rise, now having ‘zombie mods.’ The fans can truly enjoy their time as different zombie variations have popped up for them to enjoy - ranging from a zombie take on Pride and Prejudice to zombie detectives.

There is a love affair between audiences and the unrealistic nature of zombie apocalypses surrounded by gruesome, skin-biting deaths that seduce the watcher to click on the next episode or film.

The popularity and business grow with the genre with different zombie content making around $2 million. Is there a reason why the gory elements here are so entertaining?

Zombie films have nearly infinite variations of special effects and kills. There is something about slow-moving monsters that makes audiences feel competent, and that's something that our ability to insert ourselves into things has to do with. Most people think they can handle a swarm of flesh-eating zombies, and that's exactly what makes this content so entertaining. We could also be tuning into our fantasies of leaving society behind; these films show our instinct to survive which adds to the thrill.

Games like Resident Evil or All Of Us Are Dead (webtoon or series) are also insanely popular with those who covet the genre. These games add a new dimension whilst reality bangs on our pride, showing us that surviving these fast and ruthless monsters – who look amazing – is no easy feat.

Zombie fandom is strong, and despite the horrors shown, fans are addicted. You were bit. 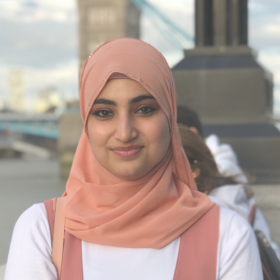 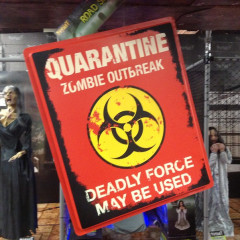