You know those moments in life that feel small at the time but end up being hugely formative in hindsight? Well, in high school, I used to babysit for my dorm parent and her wife. At the time it was just a babysitting gig, but in my years following I reflected back on their relationship a lot. It was the first time I really saw the sort of family I wanted to have one day: warm, loving, relatable. Their marriage demystified my poorly constructed perception of a lesbian relationship—poorly constructed because the only queer relationships I’d really seen before were all from stereotypes in media.

It was such a small moment and a giant one too, and it was the first time I was keenly aware of how valuable representation is. There were always certain girls I was drawn to as a kid, but it was a big moment when I realized I didn’t want to be like them, I wanted to be with them. I’m forever grateful for the positive queer role models and mentors I’ve had in my life ever since. Sometimes it isn’t until we see it in others, that we recognize it in ourselves.

I mean, I probably should’ve known when Max was in love with Roxanne in A Goofy Movie and my reaction was “Who wouldn’t be in love with her?!” Or when I waited for Xena and Gabby to actually be confirmed to be together instead of just heavily alluding to it. The fact that neither Galadriel nor Eowyn had a sapphic romance arc in the Lord of the Rings films is, in my opinion, a crime. But that was what most of us queer kids got: piecing together the best bits of different shows to try to puzzle together one story we saw ourselves in.

Most high fantasy films growing up were pretty light on romance, and when there was a kiss or a longing look it was between a man and woman. And then in the era of movies with more spice, two women were often made to get together for the enjoyment of a king or other powerful man. Even when there were relationships meant to exemplify women loving women, they were often shot in a festishing way by a male director. Decades have passed and we’re starting to see more of these realistic romantic depictions – ones that exist between the gentle music and regency dress bedroom scenes and the highly eroticized male gaze bedroom scenes. Ones that are steamy but from the female gaze and, by ALL the gods, I am excited to see more of it.

I knew when I set out to write The Rogue Crown, I wanted the story to feel relatable for my readers who may have never read a sapphic romance before, while making those of us in the rainbow community feel seen, and validated, in the relationships portrayed. It’s important to me to write unapologetically queer characters that don’t feel like a straight romance with one character swapped out. I knew I wanted to write relationships that felt real and that people, regardless of their sexuality, could see themselves in them.

One hole in the market that I’m hoping to see filled in the next few years are steamier sapphic fantasies written from the female gaze. It seems like they are either closed door /YA or written in an fetistishistic way by men. With all of these fantasy TV shows coming out and so many people thirsting over the women and non- binary actors (I see you all drinking Negroni Sbagliatos), there’s clearly a big demographic of people who would love to have more steamy sapphic romances in the fantasy world, but aren’t really getting them. The pool is small. There’s heaps of spicy fantasy and there’s sapphic fantasy and ne’r the twain shall meet.

Of course, I’m a sucker for the wistful period romances of forbidden love but where are the fantasy worlds where being gay isn’t a secret? I wanted to write worlds that granted a reprieve from that dynamic and instead create different challenges for the characters to navigate. I wanted to explore romance and intimacy without the story being overtaken by battling against other people’s prejudices. My stories are for people who love reading magic, adventure, and romance without needing to read a main character battling against homophobia on every page.

I hope The Rogue Crown feels like a reclamation of sapphic romance in fantasy and that people feel seen in Bri and Lina’s relationship too. I hope to see a lot more of these kinds of stories in the future (and I might even have some more in the works myself). But I also realised I couldn’t wait, I needed to be the one writing the representation I was so eager to see.

It is the greatest compliment hearing my ARC readers say that they’re seeking out more sapphic books now after reading The Rogue Crown and I hope more people feel the power of representation through my stories just as I did as that high school student. In The Rogue Crown, I hope to give readers all of the fun romantic fantasy beats they know and love, and perhaps, help a new audience fall in love with sapphic fantasy too.

The Rogue Crown is the third entry in The Five Crowns of Okrith series, and is releasing on 27 October 2022. 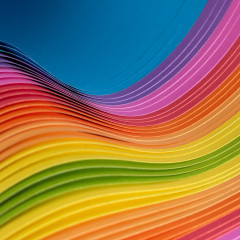 The Rogue Crown, and the importance of sapphic representation in fantasy