The young people of the UK could find themselves living with significantly less political freedom than their parents have enjoyed, due to a series of legislative measures that the conservative government is working on.

A combination of potential changes to the Human Rights Act (HRA), challenges to the authority of the European Court of Human Rights (ECtHR), and changes to legislation on policing in the UK have the potential to significantly alter the populations relationship with government; and our ability to hold them to account.

Justice Secretary, and deputy Prime Minister Dominic Raab, has announced that he wants to ‘overhaul’ the HRA. Given that the HRA covers some very valuable rights for people living in the UK, for example the right to an education, and the right to a fair trial, this statement could be seen as concerning given how vague a term ‘overhaul’ is for describing change. This is made worse by Raab’s previous statements that he doesn’t ‘believe in economic or social rights.’ Economic and Social rights cover the right to work, food, housing, water and a social safety net, so we can see some of the issues that a belief set against these things might cause when altering something like the HRA.

Raab has also stated that he wishes to create a ‘mechanism’ for ministers to challenge and ‘correct’ judgements made by the ECtHR and as a result, potentially those made by the UK’s supreme court itself. It has been suggested, the mechanism will allow ministers to quickly pass new legislation to alter the law the courts decisions are made on. If this is the case then we could see it used to overturn rulings such as the high court’s decision that trafficking victims should be granted leave to remain in the UK.

While these two issues already create the potential for a damaging challenge to our rights, and freedom to challenge breaches of them, the government are pursuing further changes to UK law that will make it more difficult for the populace to hold them to account.

The Police, Crime, Sentencing and Courts bill that is currently passing through the House of Lords sets out a range of changes to Police powers within the UK. The bill has been heavily criticised for the restrictions it will place upon the power to protest that people within the UK currently enjoy. Protest is a vital part of politics, and it’s especially valuable to people who may not yet be of age to vote. If the ability to organise, and peacefully demonstrate about an issue is restricted, it allows the state a greater deal of control, and removes a valuable method of the electorate to express their views.

The Home Secretary is also reportedly considering removing online anonymity over concerns about abusive behaviour and messaging on social media. While this could further impact the ability to safely organise and protest, it could also have a wider reaching effect on the lives of young people in the UK.

Online anonymity can provide a virtual alternative to real life safe spaces in which people can openly identify as their sexuality or gender identity, which is vital to younger people as they may live in environments which aren’t supportive. Removing this anonymity can force them into two different situations, neither of which are healthy. Either they come out publicly in an environment which may put them at risk of harm, or they lose what may be their sole outlet for expression of these identities, which can have a detrimental impact on their mental health.

While it’s true to say that cyberbullying and threatening messages across social media do happen, and should be of concern, it would arguably be more helpful to possess a more robust framework for shutting down such behaviour without removing the privacy and protections that online anonymity can provide.

When we combine these different legislative changes, it becomes a more troubling picture than any painted by the individual parts. The inability to challenge government through clear legal process, through protest or without the fear of reprisal a lack of anonymity can bring, presents a conflict with what we understand as democracy.

Across the pandemic we have seen situations in which public pressure has influenced government policy, such as the Home Offices abandonment of their immigration housing centre’s at Yarl’s Wood. The legislation and systems that are being proposed will obstruct the ways in which the public can apply that pressure, meaning that causes such as this become more difficult to campaign and fight against.

The Conservative government has long been fond of the term ‘British Values’ which they class at their core as democracy, the rule of law, individual liberty and mutual respect and tolerance of those with different faiths and beliefs. What this government is now suggesting undermines our democracy by removing our voice, weakens the rule of law by altering its meaning when it becomes inconvenient and threatens our individual liberty by criminalising democratic actions. Can it truly be said that someone tolerates differing beliefs if they actively remove methods of expressing them?

If we wish to live in a country where our government is representative of our beliefs, our needs and governing in our interests, this type of legislation must not be allowed to pass. Instead we must continue to use the platforms and opportunities we have now to ensure that the freedoms enjoyed by the public now, are there for the next generation so that future governments can work to represent the people of this country; not just themselves. 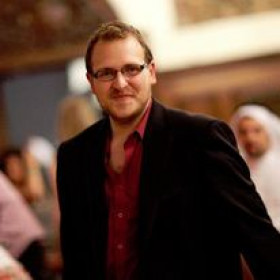 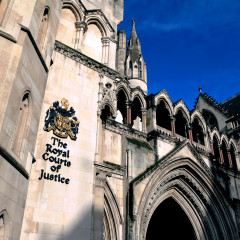 The Human Rights Act is under threat, as is our liberty