To strike or not to strike: that is the question - and not only for lecturers of Shakespeare. On October 18 2021, the University and College Union opened up strike ballots for higher education staff.  Professors and lecturers in over 152 institutions across the country have been prompted to consider if striking will solve the problems plaguing their profession. Protests focus on pension cuts and impossible workloads, unstable contracts and overtime complaints - issues that have troubled universities since 2018.

And yet, who is affected by these strikes? A successful strike will affect its customers directly - it will affect those funding the industry. And so, when students’ fees keep many universities afloat, it follows that any strike should impact students to achieve its aims.

But there is a fundamental flaw in this line of reasoning. 1.3m students each year receive government loans to pay the hefty tuition fees that higher education demands of them. So is the government the primary funding body of universities? Should strikers be aiming to impact these governmental bodies rather than the indebted students their job is supposed to be uplifting?

Even within the union, controversy over this issue is apparent. There are arguments that university administrations should apologise to students for disruptions, rather than the union members taking the blame themselves. Jo Grady, the general secretary of the University and College Union, requested that students support their professors in taking striking action.

However, with students unable to directly affect staff working conditions, it seems unfair that they should suffer the consequences of a strike. With the pandemic already having taken so much from these students, with their degrees already disadvantaged and their teaching time minimal, it seems brutal to remove their newly restored source of in-person education.

However, that is not to say that students don’t believe in the intention behind the strike. The National Union of Students has already stated support for the University Union. Larissa Kennedy, the president of the Union of Students, stated that “Staff working conditions are student learning conditions, and we stand shoulder to shoulder with our educators in fighting for a more just education system.”

But with staff strikes already impacting learning conditions in 2019 and 2020, it is clear that demands for tuition fee refunds will only be sparked by such action.

We could ask who the real victims of a strike might be - the staff, the students, or the struggling administrations trying to balance the two. But an answer to that question would suggest a binary perception of events in which those who are not victims are immediately perpetrators.

Perhaps striking will negatively impact the wrong group of people. Perhaps it is not the best way to achieve better working conditions. But one thing remains clear. Striking is a call for help - and progression must be spearheaded by those with the power to enact change.

So why make a victim out of both groups? Higher education should be a national issue, and that demands a response from the highest level of power. 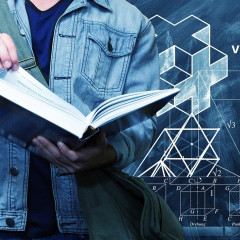 The morality of university strikes