Recently, women have been sharing posts online warning each other of an outbreak in spiking via injections of muscle relaxants. This has been reported across the UK, but has been particularly prevalent in Scotland, leading to an organised boycott of Edinburgh nightclubs (@girlsnightinedinburgh on Instagram) until the epidemic is taken more seriously. Victims have reported vomiting blood, losing consciousness and ending up in hospital.

Unfortunately, spiking is not a new phenomenon. Women have been told time and time again to cover our drinks, to never leave them unattended and to never accept drinks from a stranger. But what are we meant to do when the bartender is the one spiking us? What do we do when we have dirty needles poked into us with god knows what inside them? Up until the horrifying point of losing consciousness, the burden is consistently placed on women to be hyper vigilant and keep ourselves safe, which is the opposite of what a fun night out should consist of.

This latest increase in injection-based spiking proves that to place the onus on women to stay safe is futile. There will always be another method of attack, another way in which our defenses, no matter how strong, will be violated. Why is that? Because the issue of women’s safety is a systemic problem and indicative of a deeply misogynistic society. Women cannot fix this alone, and moreover, it shouldn’t be our job to.

It’s time that men (yes, all men) take responsibility for this sexual violence crisis. Men have the power to better educate each other as to the signs of rape culture and how these can quickly escalate. Something as small as a joke with the lads can be indicative of a potential predator. A good starting point is the Don’t Be That Guy campaign, and I would also recommend comedian Daniel Sloss’s show ‘X’, which features a hard-hitting real-life example of the consequences of male negligence when it comes to sexual violence. It’s important that men don’t just assume that they know the ins and outs of rape culture and that all of their friends and family are similarly well-versed.

Of course, institutions also have an obligation to work against sexual violence. Suffice to say, the police in the UK appear to be entirely hopeless, as proved by the tragedy of Sarah Everard’s death at the hands of a police officer. Their subsequent advice for women to “run away” or “flag down a bus” if they feel unsafe was laughable. There is no quick fix, and under the ineptitude of this current government and the Met Police things can seem hopeless. But every little helps, such as this petition for it to become a legal requirement for nightclubs to search guests on entry. Other efforts such as mandatory workshops on consent and sexual violence at universities and workplaces are making a difference. Unfortunately, the question on my mind is how many more women have to die until real action is taken?

If you have experienced any of the issues raised in this article you can find a list of resources and helplines here. 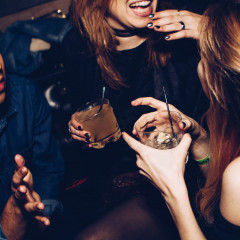 Women's Welfare: There's only so much women can do