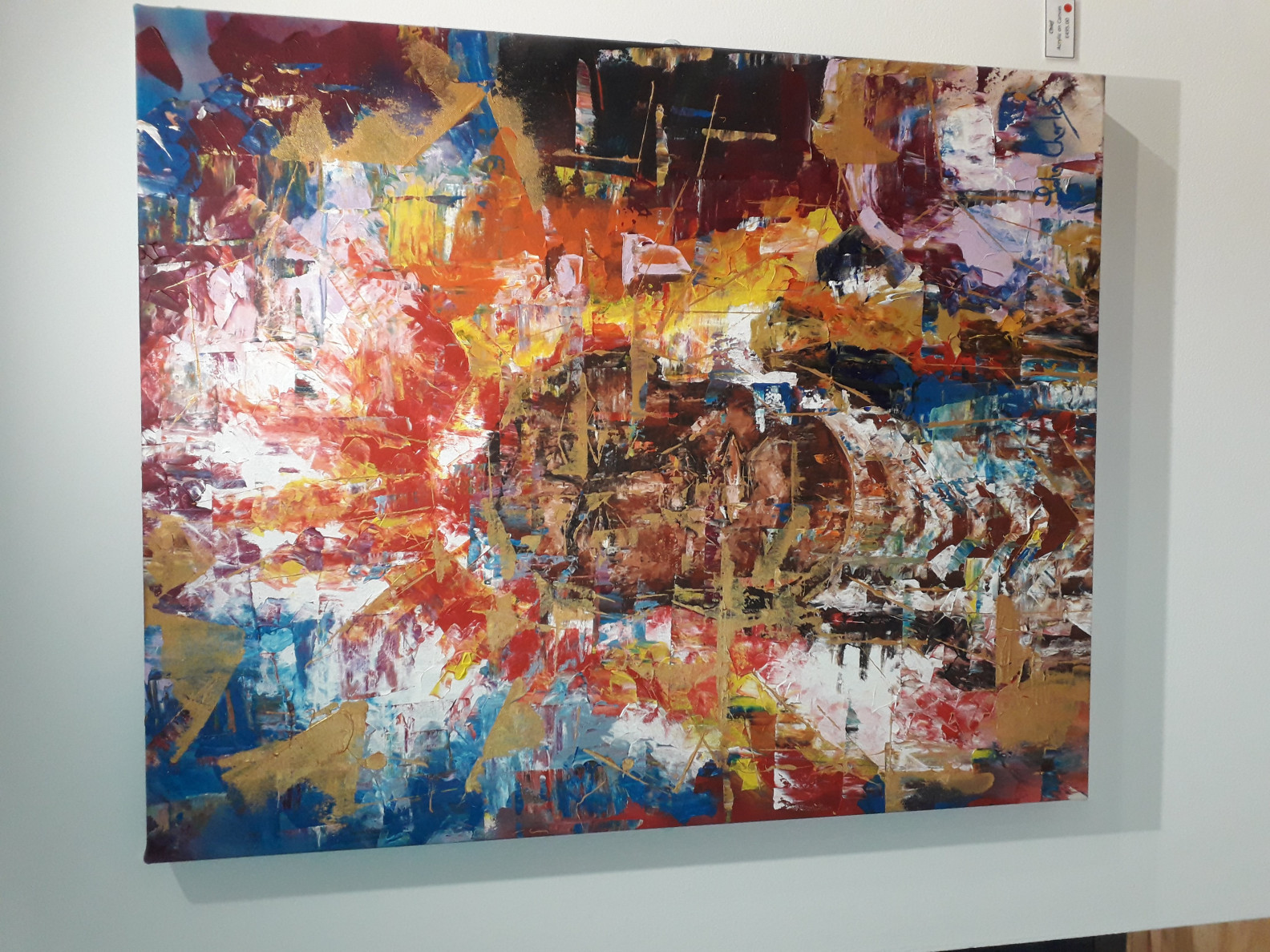 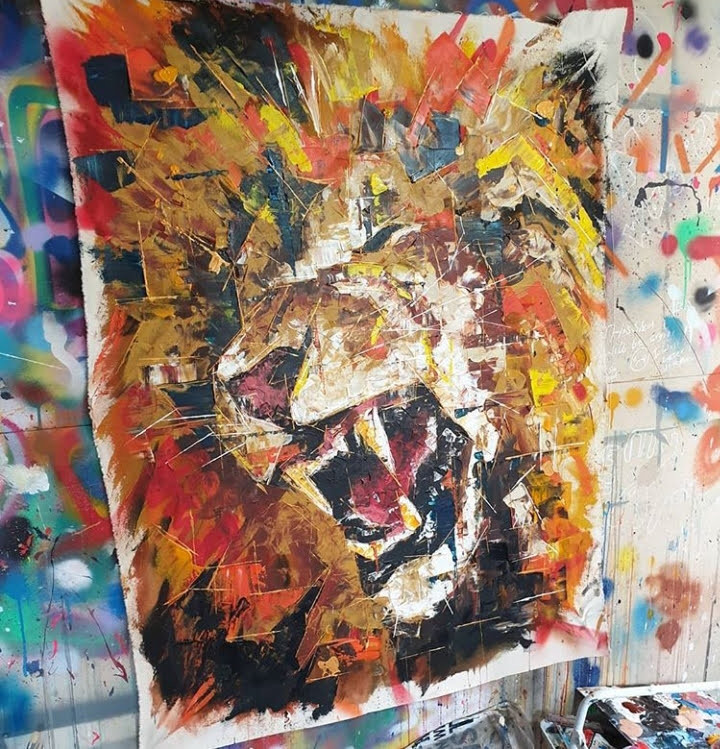 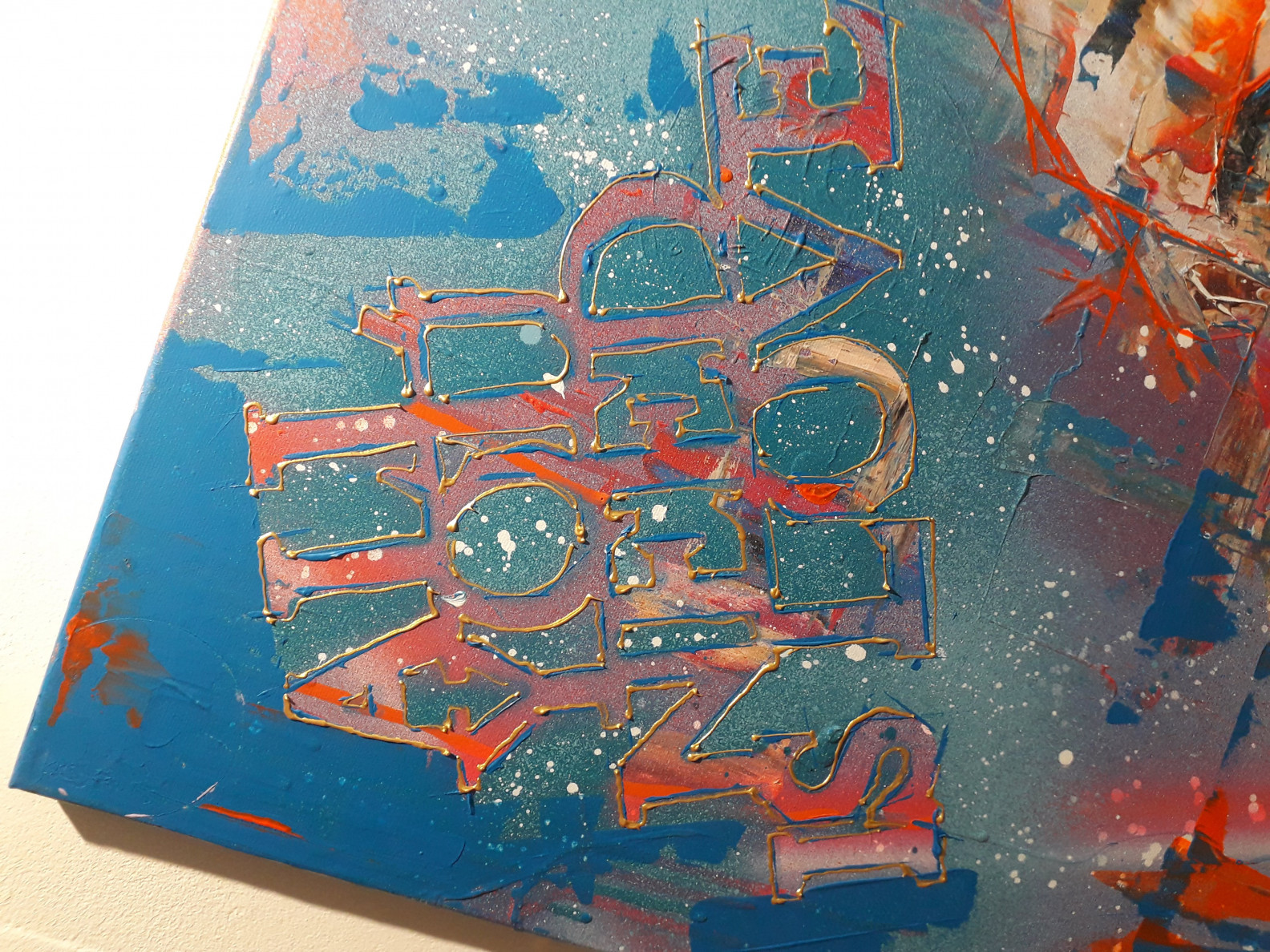 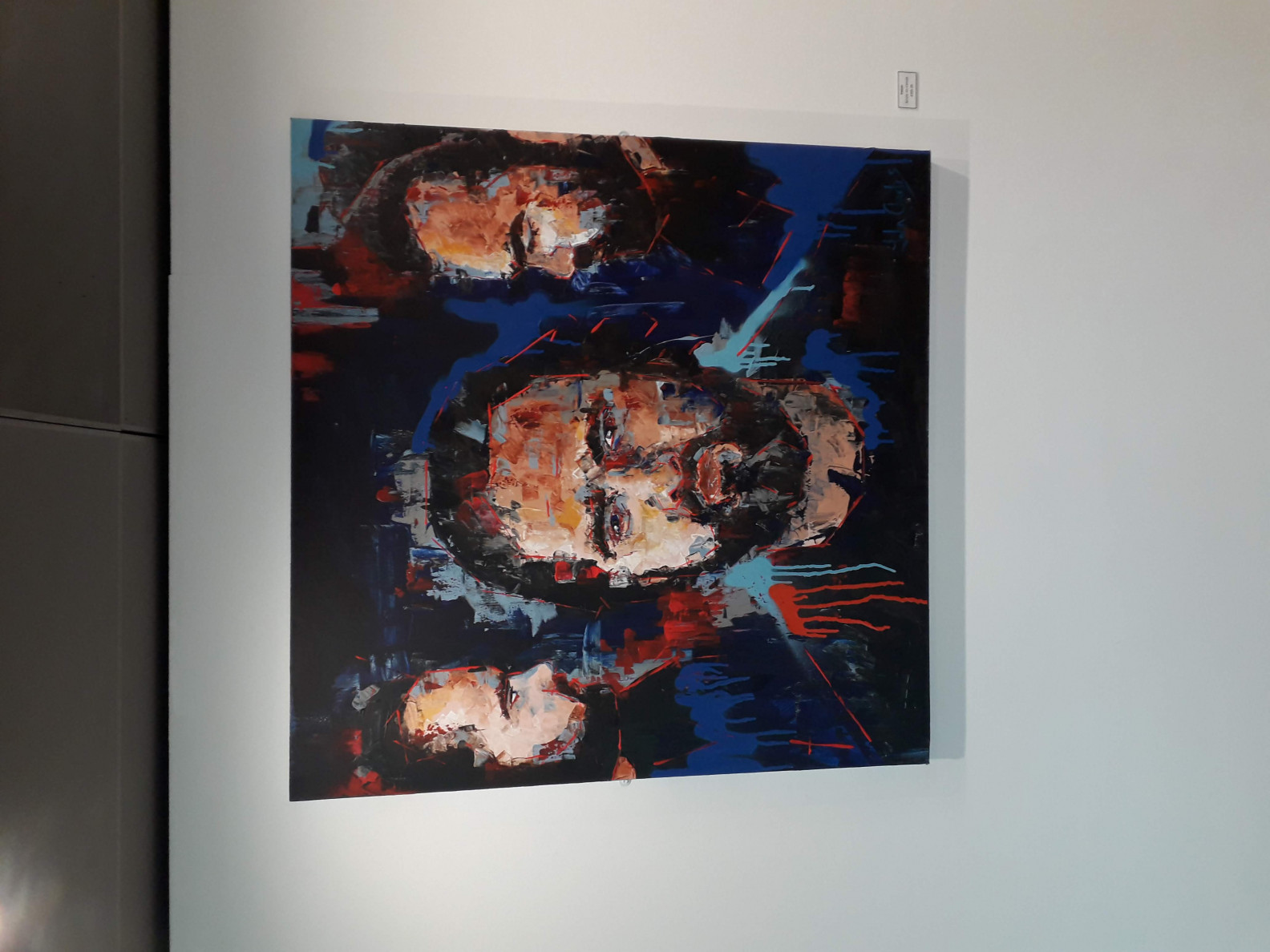 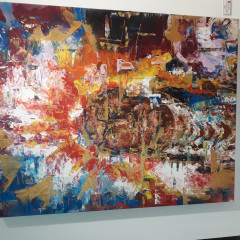 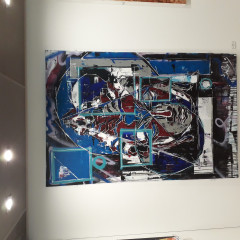 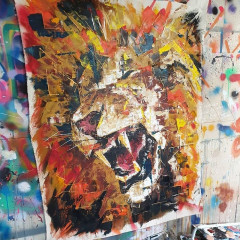 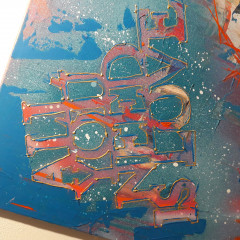 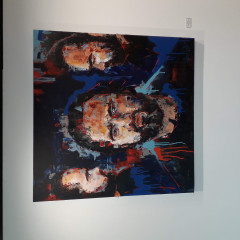 With his amazing range of vibrant, meaningful artwork he takes the viewer on a journey of his intriguing story and how he came to find a new positive outlook in life through art. His artist statement on display in his exhibition, outlines the history behind his work. Explaining his past wasn't always as bright as it was now.

I myself really relate to John Charles as an artist and that's why I chose him as my topic of research. When listening to his story I found it had a very similar relation to my own life story. With having a strong passion  for art as a little girl and giving it up as I got older, not always making the correct decision, personal struggles and going through a really dark rough time myself, I once again found a positive mindset on life through my artwork and picking my sketchbook up again. Through his art he tells us his amazing journey of his background story and shows us how he got where he is today. He provides huge inspiration for his viewers with proof that dark times and struggles don't last forever. You can't help but smile when viewing his work when seeing what good that has come for this artist. He truly portrays the message that there is always light at the end of the tunnel.

In the St Helens world of glass museums, John Charles' artwork is on display to the public in his very own solo exhibition. Here you can grasp the characteristics of john's work and be taken on an unpressured meditative experience of his life story. Johns body of work consists of large canvas paintings constructed beautifully by the palette knife technique. When Interpreting his meanings and emotions within the art you can really comprehend his ideas behind each painting. you truly get to sense its magnitude and ultimately gain insight to johns creative ingenuity. John's work captures the heart of many young artists and viewers, including myself by portraying his inner dark emotions in his work, emotions in which I think we can all relate to. To see someone release their inner feelings and troubles, also to see it done so brilliantly through his art really provides the viewer with such an important message, that everyone can find a positive way to release the emotions we all have as humans and that you can turn a negative period of your life around just as John did himself.

You get the sense that John has a huge place in his heart for his family. He includes his daughter a lot throughout his artwork. He idolises his daughter Emmy. Emmy even has her own personal artwork hanging in her dad's solo exhibition.

John is an artist from Kirby Liverpool and you get the sense he is proud of his roots. The theme of his home town, Liverpool is included a lot throughout his artwork. You really sense this in his artwork such as all you need is love, the liver bird statue, the Liverpool Anglican cathedral, a portrait of Jurgen Klopp, john Lennon and the Beatles.

As well as his solo exhibition in St Helens, he has also been involved in other exhibitions this year. This is a joint exhibition with another Artist from Liverpool, the exhibition will run from the 30th august to the 12th October at the Dot-Art Gallery, Liverpool. There are also announcements that John will have his work on display at Studio 2 Parr Street on the 24th August, here you will be able to view johns previous art as well as some unseen art on display.

John's work is now selling via the Dot-Art Gallery in Liverpool and has his prints also shipped worldwide. He provides buyers and collectors with limited edition art prints available via his website. He also has a catalogue of original art that he releases over time. On the 1st of august John's work from the St Helens World of Glass Solo exhibition will also be up for grabs all available via his website www.johncharlesart.bigcartel.com

Upon discovering how John Charles has made such a positive turn around on his life and seeing what this artist has achieved. It massively inspires many young artists, including myself, to continue pursuing a dream for a career in art. He provides a clear positive message not only for other artists but also for his many other viewers. That be in terms of a canvas painting or with a bad life situation, it's never too late to start over. It's great to see such an inspirational, positive role model for others making such a fantastic impact in the industry! 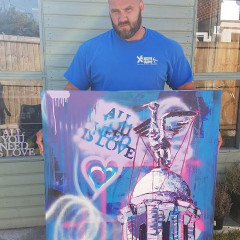