On the 27th June 2019, my best friend and I merged into the audience at Metronome for the BBC Introducing TOL Fest. It was the first time I had been to the Metronome, and we were very impressed by this amazing venue, with a bar and café for pre-performance drinks and snacks. At 7:30 we were shown into the concert room filled with amazing lights and a medium size stage. There were no seats which made it feel more like a concert than a show which I really liked. At the start there were about 50 people, meaning the room wasn’t completely full as people were huddled in little groups of friends or family. This made the atmosphere in the room a little bit awkward at first before the actual concert began but everyone was talking and chatting so it wasn’t that bad.

The presenter of the night Nina Smith who is also one of Nottingham’s best singer/songwriters shortly introduced the first act, after a brief introduction to the night. CRS were a 5 person vocal group consisting of one girl and 4 boys. I really enjoyed both songs and they were surprisingly similar to the kind of r&b and rap that I would usually listen too. A really good mix of the female and male voices harmonising together and different verses each with their own individual rap which had a merge of meaningful lyrics with comedy. The audience loved them just as much as we did.

The second performance was an incredible visual show just as much as it was incredible listening to it, Jess Fisher an incredibly talented solo artist who controlled the music and sounds using a hand held almost gear stick to create different sounds and beats. The technology used to create this music was incredible and the way she has overcome her disability to do what she loves is really inspiring! So much skill.

At this point there were now about 75 people as more people has slipped into the audience as the artists were performing.

The next performance was Margarita, “the drink not the pizza”. She performed four original songs about her life experiences and little childhood stories which were kind of pop style, she played solo with her guitar which made it feel intimate with the audience. It turned out I was stood right behind her mother, which was the most heart warming thing as every song, she mouthed every lyric with the proudest smile painted across her face. I really enjoyed her song written about how she used to perform to her dolls back in Greece as a child on the balcony because she was afraid to perform in front of people. Little did she realise all of the people on the street below could hear. A ripple of laughter floated through the audience as these little stories were told. Although I enjoyed the performance and voice, her songs weren’t usually what I would listen to and some lasted a little too long for my personal preference, and so weren’t my favourite.

Next was Sam Barker, who was sixteen but had a surprisingly mature voice for his age, quite raspy and rough. An unusual style but contrasted nicely with the other artists to give a variety of performances. His songs were quite gritty but every song sounded ready for recording. What really stood out for me was his extremely impressive guitar skills and marriage of different chords and melodies together to create these songs. By far my personal favourite song was his last one which was much calmer and nicer to listen to.

Next, Alfie Sharp who definitely stood out above the rest so far. He was the first person to go on stage with a guitar player, drummer and base player, a whole band as well as him on keyboard. Straight off the bat his whole presence lit up the stage, joyful songs questioning society’s views on topics such as religion and politics. His music was well written, meaningful and fun. At this point there were now more people and nearly everyone was dancing including me. Compared to the rest of the performances he definitely had the best stage presence and felt like a born performer. His whole band made each song even better, each member got a little improvising part to showcase their talent and it definitely made it feel like a proper concert!

Next was Betsey, who could undoubtedly give Adele a run for her money with her vocals. Sixteen! Made everyone’s jaw drop after hearing her vocals first with a drummer, guitarist and her on keyboard. Her songs were powerful but had a hint of comedy. I really loved her second song that questioned her partner for “falling out of love” with her and that being her fault, making light comedy of a situation which could have been much more sour. Her voice was an amazing mixture of low tones and strength creating this powerhouse of a sixteen year old!

Next was Remy, performing under calm blue and white strobe lights. Before beginning we were told he was one of the finalists for Nottingham’s x factor, the winner given the opportunity to perform at Splendour!!! Jeez! So even before the songs began we all expected big things. Shouts of “Remyyy” echoing from the back of the audience showed the immense love from family and friends, foreshadowing an amazing performance ahead. Shortly he began his first song with a drummer and guitar player as well as himself on guitar. From the beginning you could tell that he was comfortable on stage as he played and bopped along to his song. The whole audience loved it straight away and within moments were dancing along too. His second song, ‘I wanna know’, this was definitely my favourite out of the three, sung with so much emotion, the perfect little love song.  It had a steady beat and strong rhythm with meaningful adorable lyrics which really felt like he was singing it to someone or singing about his own experiences. I can’t wait to hear his songs once recorded! At the end of his final song he announced that he was going to “try something new” and steadily unplugged his guitar. After thanking his band he jumped down off stage, we all had to be quiet so we could hear this unplugged version of one of his best songs, ‘afternoon tea’. It turned out my friend and I were stood right at the front of the audience, so about 2 metres away so we had a pretty good performance!  This was amazing as it really showcased his voice, which was so clear and sweet. Throughout the performance I kept turning to my friend, and couldn’t help myself from smiling as I watched her jaw drop to the floor throughout the entire song as she fell in love with this complete heartthrob.

The final artist, Jerub, was an incredible solo performer. Just him and his guitar. His first song was a guitar masterpiece with incredible chords and fingerpicking that flowed with his calming lyrics, a mix of r&b and soul. I could completely imagine it being recorded as it was so well written and he looked taken over by the smooth but steady beat of the song, lost in the music. His second song was just as amazing as the first with calm but powerful lyrics “I just wanna be me”. But the showstopper was this final song ‘Paint me in gold’. Which has actually been recorded and is on spotify, rightly so! It is an incredible song, starting slow and steady with a gradual build up until the outbreak of explosive lyrics, guitar and vocals. The background of the song and the almost heartbeat of the beat piercing through the song gives a powerful affect. There was a perfect amount of slower calmer verses and the contrasting chorus. Jerub is an incredible artist, I’ll definitely be downloading his songs soon.

In conclusion, the whole night was a major success with a much bigger turn out then first thought. What really impressed me was that every song was original and self written, with well thought out lyrics and a strong sense of emotion with the hint of comedy in a few. I have to say that my top five favourite artists were CRS, Alfie Sharp, Betsey, Remy and finally Jerub. Every single one of these artists had unbelievable performances and I could definitely imagine each song being recorded. I really look forward to watching each artist grow and build their careers in music. Thank you for having us TOL Fest, we really enjoyed it! 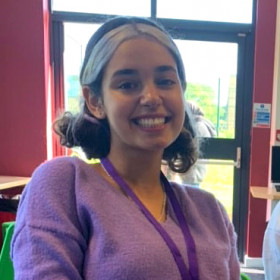 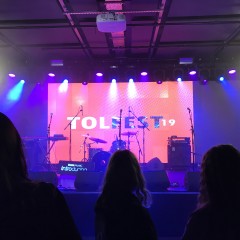 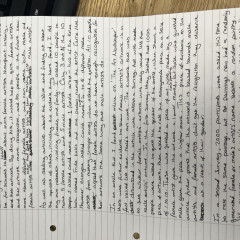 Do Women artists get enough recognition?