On the 2nd December 2018, I went to the Apollo in Hammersmith with my family to see Lea Michele and Darren Criss. Lea Michele and  Darren Criss starred in Glee as Rachel Berry and Blaine Anderson. Before going, I was extremely excited as I had been a fan of the American TV show since I was young, so it was an absolute dream come true.

When we got to the venue, there were lots of people queuing outside. It took a while for everyone to get inside but it was very orderly. Once we were inside, there was a stall selling merchandise and many bars. We walked further inside and found our seats. The supporting act had almost finished playing when we entered. I don’t think they were advertised very well as it seemed that no one knew who they were or that they were to be playing before the concert started.

Overall, I loved the concert, although it was very different to the other concert I’ve been to. In the summer, I went to Taylor Swift’s Reputation Tour where everyone was on their feet, singing and dancing throughout the concert. This concert was different, however, as the venue was smaller, there were less people and it was more like a performance than a concert. The singing was amazing especially because we could hear both parts when they were singing duets.

Lea Michele and Darren Criss sang some songs together and some separately. My favourite song which Lea sang was ‘Rain on my Parade’. This song was very iconic in Glee as it was ‘Rachel’s song’ and she sang it multiple times throughout the series. Her vocals were amazing, and it was nice to be able to hear her sing it live. Darren Criss had sung a different ‘surprise’ song for each concert on the tour. For London, he sang a rock version of ‘Somewhere Only We Know’ as Keane is from East Sussex. This was my favourite song of the entire concert as The Warblers sang it as a farewell song to Kurt in Glee.

The last song they sang was ‘Make You Feel My Love’ as a tribute to Cory Monteith. For this song, they didn’t use microphones or amplifiers, just their voices and Darren’s guitar. Everyone was silent as they were singing, and the song touched everyone’s hearts. It was very pure and a beautifully calm way to end the concert. 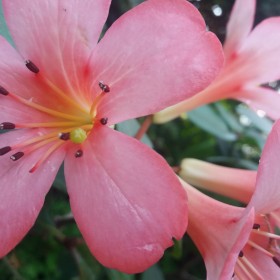 I am 17 and I am currently in the process of completing my Silver Arts Award. My interests include photography, jewelry crafting and music. I can play the piano (grade 7), guitar (self-taught) and the clarinet (grade 6).
For my A levels, I am studying maths, chemistry and physics; maths being my favourite subject at the moment.
My challenge for my Arts Award is to create wire sculptures of aspects of nature in the style of Karl Blossfeldt.
For Unit 2, I have created a relaxing CD with my peers. 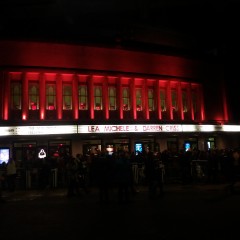