Voice MagArts AwardBlogsHow important are yo…

On one hand, young reviewers will relate to a teenage audience therefore causing their opinions to sway the readers who will likely be teenage and will be reading for recommendations from people they believe they can relate to and trust.  This will cause more young people to buy theater tickets therefore helping the ticket sales as well as helping the young audience as Sean Coughlan an education assistant for the BBC said “research suggests that almost half of teenagers have never been to the theater before”.  This means that there is a large age group that don’t get to view theater meaning that the theaters don’t get the ales and exposure to that age group that they need and the influence of young reviewers could change that. Teenage audiences will also be the future audiences for theater so young reviewers effecting them and making them consider theater now means that later on theaters will still have viewers. Young reviewers can also help with marketing to a larger audience and can help to get theaters more exposure through social media and sharing reviews to the public.

On the other hand, some research concludes that young people already regularly access theater as in a 2013 article it says“87% of people aged 16-19 said they were likely to see something at a theater”.This can suggest that they already make up a large part of theaters audience and the theaters ticket sales so the influence of young reviewers on young people/ teenagers isn’t necessary.Some also may argue that a review by a young reviewer could have less impact than one from an older one as they will most likely be more trusted and will be seen to be more experienced therefore reaching a wider audience compared to a young reviewer, an older reviewer is also more likely to get there reviews read by parents who are also a huge part of influencing children to go to the theater to see shows/ performances.  This suggests that theaters still need young audiences but maybe young reviewers are not needed to create those young audiences as there are many other ways to reach young people.

To conclude my opinion is that young reviewers play a necessary part in creating theater audiences and general interest in theater for a younger audience than theaters can usually reach from marketing.I believe that this makes young reviewers very important for theaters as teenagers are soon to be the main audience for theaters and without a growing and changing audience, theaters would struggle to continue as business 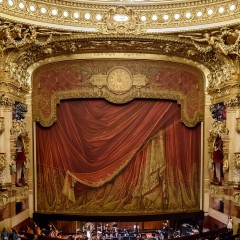 How important are young reviewers to theatres?