Voice MagArts AwardBlogsTheatres: where is t…

If you’ve been to the theatre recently, you may have noticed something concerning about those sat around you: the striking lack of young faces in the stalls. Maybe you didn’t notice, too entranced by the buzz that comes from seeing a live performance. But what you didn’t see was

an industry appealing to younger audiences, a promising future of new generations of theatre-goers enjoying this art form.

Sure, you might think young people are too interested in other things: the cinema, snapchat, raucous nights out. You hear an unfamiliar bit of slang and wonder how much longer such an ancient art as theatre can last. Surely their absence here has nothing to do with the expense of it all?

As a young person myself, who loves the theatre, it always saddens me to see the lack of  audience members my age missing out on so many stories and adventures. 52 is the average age of most theatregoers, according to the Audience Agency. Its very existence relies on the interest of new generations, but how can theatre survive if we can’t pay the outrageous prices that some theatres ask for?

As of April 2019, the national minimum wage for under-18s in the UK is £4.35 per hour, and with many tickets costing five times or more than that amount, it comes as no surprise that the youth demographic has shrunk, unable to justify spending a whole day’s wages on a few hours watching a play.

While some theatres do offer free or cheap tickets (such as the New Vic, which has a scheme providing free tickets to under-25s, or Home in Manchester, which keeps prices down to the same range as the average cinema ticket), these are not widely available, and if a parent or guardian is accompanying, a night at the theatre can still add up to a hefty sum.

The elitism of this art form is having knock-on effects elsewhere as well, as I have experienced in the education system. For GCSE and A-level english, we study a mixture of plays and prose and are encouraged to read widely, but rarely do we get the chance to see the plays that we study with such scrutiny performed live, let alone any that are not under the curriculum. Teachers are reluctant to suggest that students could visit the theatre in their own time, knowing the high cost of tickets and travel will always intervene.

Having to write in-depth analyses of plays without ever experiencing them as they were meant to be seen just seems… wrong. In Othello, for example, Iago’s character could be presented totally differently to how he appears written down, and so many of the subtleties of performance are lost this way. Perhaps this is one of the reasons for the lack of young people in theatres: studying plays for hours on end, without ever getting the satisfaction of enjoying them properly, would be enough to put anyone off the mere idea of theatre. Add to that the cost of tickets and transport, and there you have it – a sound reason to go see the newest blockbuster instead.

The prospect of theatre dying out completely is, of course, remote. There will always be an older generation who can afford to go. Yet, without paying more attention to those who will one day be carrying this ancient tradition through new, uncharted territories, it will grow stagnant. Our generation is creative, eager and ready, and it is being let down.

So, while I’m waiting for theatres to step up their game and make their tickets affordable, I’ll just  have to watch the latest superhero movie instead. See you there! 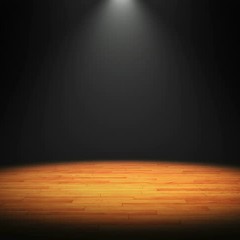 Theatres: where is the youth?