Harley Taylor, who is currently working towards his Grade 8 Trinity Drama qualification, shares his journey to performing on stage

I’ve always been interested in drama since a young age. I played a Munchkin at The Broadway Theatre in Peterborough when I was 5 years old.

Tell us about someone who inspires you, on- or off-stage.

Someone who I have always been inspired by, and who has provided me help, is my uncle, Waylon Jacobs. He is currently performing on the west end in Hamilton, but one of my favourite performances of his was in The Lion King, which I was also lucky enough to perform in Year 7.

What productions or opportunities have you been involved with?

I have taken part in the Ormiston Bushfield Academy school production every year and taken any opportunity I can to act, such as when I played Young Simba. I’m currently playing Commander Khashoggi from We Will Rock You in this year’s school production. In 5 years time, I hope to be continuing my passion for the performing arts in some way, whether it’s a career on stage or a hobby I do in my spare time.

Tell us about your Trinity Drama experience. What would your advice to fellow students be?

I have completed Trinity 'Doubles' Grades 4-6 and I am currently working on my pieces to perform for Grade 8. When taking part in Trinity courses, I have done acting only so far as this is what I am strongest at and most interested in. The three Trinity exams I’ve taken now have been very rewarding as they give a feeling of achievement and have helped me grow as an actor.

Overall, I feel I can now work better during tests and pressure exercises as well as when putting on performances. My advice to others taking the Trinity acting courses would be to relax as this experience is very fun, especially in duos, and doesn’t need to be stressful.

What have you taken away from your Trinity College qualification?

I think the most valuable experience gained from Trinity College is learning new types of theatre that I wouldn’t have seen before. Being able to complete this qualification has helped me grow as a performer as well as improve my concentration, work ethic, social skills and composure during test situations. As the requirements for pieces change when you increase the grade, this allowed me to explore different genres and writers.

It was inspiring to learn about these different playwrights and acting companies who created these pieces I later went on to perform. This allowed me to see how other companies developed their performances which helped us draw inspiration for our own pieces. Dealing with non-colloquial language was very difficult at first, but this process has allowed me to understand and appreciate a larger range of texts. 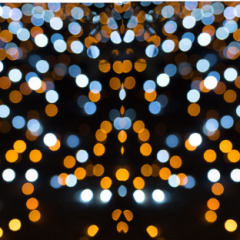 Harley Taylor, who is currently working towards his Grade 8 Trinity Drama qualification, shares his journey to performing on stage