Grace has been nominated by cello teacher Melanie Dennerly for her exceptional progress and for passing her Grade 7 cello exam with distinction. Melanie says that Grace began practising the cello in November 2016: “She had never played a string instrument before. [Now] she has received 91 marks for her Grade 7 cello exam, taken in December last year! I have never encountered anyone who has made such rapid progress before in the 35 years that I have been teaching the cello.”

“After achieving a Grade 5 distinction in March 2018 after playing the cello for only 15 months,” says Grace, “I wanted to see what I could achieve by the end of the year. I set a challenge for myself in August, to attempt a Grade 7 Trinity examination. It was nerve wracking, only having four months to prepare for a difficult exam, but it was also very motivating."

“I found myself practising more without any external motivation because I loved the repertoire so much, [which included] the likes of Salut D'amour and movements from the Bach Cello Suites. It felt so great working towards a big goal like my Grade 7 exam. On hearing I earned a distinction, I felt a lot of gratitude for Trinity. This qualification marks my progress as a musician and motivates me to do Grade 8 very soon! Without the grade system I wouldn't be as motivated to practise – and a big goal helps me to push myself and progress.”

Grace’s advice to other Trinity students?
“Fall in love with your pieces. By doing this, you will want to practise them without being told to and will enjoy playing them more! It can also help you put more emotion into your piece and perform it better in the exam.

“I always remember something my mum says to me,” adds Grace. “Little and often is the best way to progress. Practice in little chunks and you will make more progress, rather than agonising over a passage for a long time. Most practice is done when you're not playing – let your brain breathe a little!” 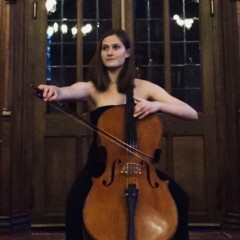 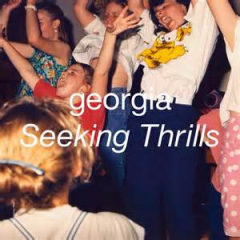