Keisha The Sket is a dynamic coming-of-age story, which offers readers a meaningful exploration of British youth culture.

In 2005, Jade LB began releasing chapters of Keisha The Sket, which she had begun at age thirteen. Initially shared anonymously online, this will be the first time in fifteen years that KTS will appear in print. KTS tells the story of the feisty and ambitious Keisha, a girl from the ‘endz’ who is navigating a highly complex relationship with her long-time admirer Ricardo. The newly printed version of KTS includes a sample of the original text, as well as an updated version of the story. Also included are essays on the impact of KTS on Black British culture by contemporary writers Candice Carty-Williams, Caleb Femi, and Aniefiok Ekpoudom.

Jade’s honesty in this version of KTS is incredibly admirable. In the author’s note, Jade examines her own internalised misogynoir – a term coined by queer black feminist Moya Bailey, to describe a type of feminism that is specifically anti-black. Here Jade revisits the original text to explore how the denigration of black women in mainstream media affected her thirteen-year-old psyche. At the tender age of thirteen, Jade was misled to believe that men are entitled to women and their bodies, hence the male characters in KTS feel that they are entitled to Keisha’s body. Whether Keisha gives them permission to or not, the male characters take what they think is theirs because of the hypersexualised stereotypes inflicted on black girls. Drawing on quotes from her original text, Jade’s argument here is most convincing.

Additionally, Jade makes highly important edits in her KTS rewrite. Perhaps what is most enjoyable about this updated version is the fact that the story is given a proper ending. The ending demonstrates Keisha’s growth as a character, marking her journey of development as complete. Similarly, Keisha is given greater agency in the rewrite as her sexual desires are made more apparent. In this way, Jade proves Keisha to be more than a passive object. Moreover, many of the details of the original text are elaborated on by Jade, adding further depth to the story. For example, in the new version, we learn that Keisha’s mother suffers from alcoholism, thus explaining her neglectful parenting and her and Keisha’s strained relationship.

Overall, KTS is an iconic story, which will immediately capture its readers again in 2021.

Keisha The Sket will be available to purchase from 14 October. 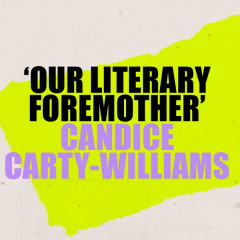 Keisha The Sket is a dynamic coming-of-age story, which offers readers a meaningful exploration of British youth culture.