RYKHO is a Canadian recording artist who has been steadily making waves on the international dance scene over the last few years.

Born in the Philippines and moved to the Canadian west coast at an early age, as a teen he was cast in a number of Broadway theatrical productions in Vancouver. His vocal training was honed by one of Vancouver's finest coaches Sandi Siemins (Michael Bublé) and he slowly developed his signature vocal style being influenced by acts such as Justin Timberlake, Usher, and Backstreet Boys. In 2015, under the guise "Friedrick Ryan", he broke into the Dance Music scene collaborating with acclaimed club remixers DASCO and Eric Kupper on the singles 'Love On the Dance Floor', 'All Over Again' and 'Glow' which all hit Top 30 in the Music Worx Top 100 International Chart.

Now, returning with his new single ‘Whatcha Gonna Do’, Rykho prepares to take over the airwaves once more, with an energetic feel-good tune to help us all get through 2021. 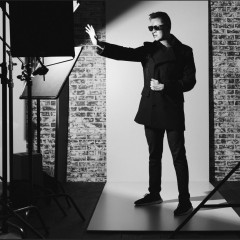 Haven't heard of Rykho yet? You wil.

RYKHO is a Canadian recording artist who has been steadily making waves on the international dance scene over the last few years.