The Kurupt FM crew go large as they travel to Japan in a wholesome and hilarious mockumentary feature film, a spin-off from their Bafta winning BBC TV show.

There is a sense of unease when a beloved TV show attempts to transform a respected and revered premise from a half-hour show into a feature-length production. However, Kurupt FM have managed to successfully create a mockumentary film that echoes classics like Spinal Tap, but with a more urban, modern, and quintessentially British approach, one that shines in its authenticity and sheer passion for the scene it parodies. Instead of the classic ‘lets put these characters in a different scenario and see where it goes’ sentiment, Big in Japan tells a story that can stand well on its own and makes sense to the established characters whilst giving them a chance to grow further, rather than playing it safe.

It has been 15 years since the garage music boom, MC Grindah (Allan Mustafa) who is Kurupt FM’s narcissistic MC, now works as a postman, whilst his partner in pirate radio DJ Beats (Hugo Chedwick) spends his days working a bowling alley. Over the span of their garage careers the group had only produced two tracks, yet one of those songs, featured in the TV show and hilariously titled Heart Monitor Riddem, has gained popularity through a Japanese game show. Manager Chabuddy G (Asim Chowdhury) sees this revelation as a reason to get the gang back together to travel to Tokyo, attempting to meet record label executives and finally tour outside of Brentford.

Whilst the film can fall into tropes of easy, idiots abroad type humor, the characters within Kurupt help to keep the film from becoming bland or predictable. The Japanese culture shock could be used for simple laughs, but the premise instead added to the story in a way that made the location invaluable to the film.

The bumbling and codependent Chabuddy G was yet another stand out performance. His feud with japanese music manager Taka, who wishes to separate the fame hungry Grindah from the rest of the team, is uncomfortably tragic, but demonstrates his innate loyalty. DJ Beats adds humanity to the film, his arc following themes of betrayal, loneliness, and authenticity as Taka attempts to commercialise and separate them. Beats’ depressive karaoke rendition of The Streets’ Dry Your Eyes Mate is a particularly hilarious but simultaneously heartbreaking moment, and drug addict DJ Steves’ (Steve Stamp) traversal through his first love story is as awkward and ridiculous as it is charming.

The main takeaway from the film is undoubtedly the sweetness and the naivety of the characters, people who never really grew up and did ‘nothing’ whilst together, finally managing to do something with themselves. They find that, although their egos are inescapable, none of them can amount to anything without the help of those around them, and the resulting product is a movie that is thoroughly funny and warming. It exhibits a sense of true friendship and brotherly love, as well as a passion for garage music that could cement Kurupt FM and its characters in the mockumentary hall of fame. 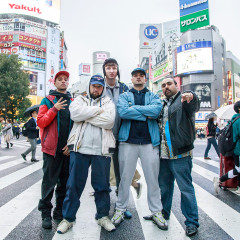 Review: People Just Do Nothing: Big In Japan

The Kurupt FM crew go large as they travel to Japan in a wholesome and hilarious mockumentary feature film, a spin-off from their Bafta winning BBC TV show. 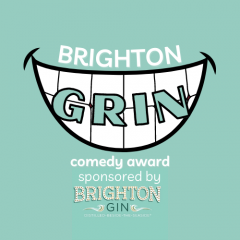