Voice MagReviewsReview: Slings and A…

From Raised Voices, an award winning charity that works creatively with those who have experienced homelessness, mental health issues or addiction, Slings and Arrows brings an authentic voice to many overlooked social issues.

The story follows Jackie as she looks through a box containing old documents like school jotters and legal notices. The audience is brought along with her as she recounts the experiences these pages refer to. It is made clear by a background narrator that Jackie has struggled with an undiagnosed neurological disability, something that has heavily impacted her life at school, uni, and every year afterwards. With a disruptive home life compounding these issues, Jackie finds herself in increasingly worse situations, eventually suffering from addiction and abuse.

She hits rock bottom around the mid-way point of the performance. From here, the story becomes one of redemption. Not only for her, but for the community that let her slip through the cracks. She becomes involved in a befriendment scheme, and gets paired with a young schoolboy named Ben, who is from a similar background to her.

This pairing serves the narrative well, bringing an element of hope into her unfortunate story. Seeing her begin to value herself as she shares her story is very impactful. The influence she has on Ben’s life lets her realise something that only the background characters and the narrator have seen; she is a real person, with her own personality (funny as f**k, in the words of Ben) and her life is significant.

These emotionally charged moments in the play are given much more weight when considering that the actors themselves have lived through similar experiences, and there is something special about seeing them narrativise aspects of their lives they may not have had control over. In this regard, Slings and Arrows provides an experience no other Fringe show is able to.

There are many highlights in terms of the actors. Although none of them are trained performers, each one brings an essential authenticity to the show. Jackie handles the demanding role of the protagonist well, particularly considering the number of monologues she has. Ben’s grandad took to his role admirably, leaving a charismatic impression despite the brevity of his scene. Mike and Davey are a great double act, bringing many of the show's laughs with their banter both on and off script. There was something particularly endearing about Mike’s extravagant movement and Davey’s exasperation. The audience always responded well to their shenanigans, and the character’s themselves were a well-written pairing.

Lines were occasionally forgotten, but were either quickly remembered or made way from some hilarious moments of improvisation, particularly from Mike.

Archie Gray’s direction, developed through his experience assisting in the directing of previous Raised Voices performances, went a long way in keeping the show running smoothly. Despite the large cast of characters appearing on and off stage, the narrative was kept coherent and engaging, the staging in particular kept a tight focus on the various time jumps.

It was a welcome sight to see Blair Christie, founder of Raised Voices take to the stage too. Our interview with him will be posted to our YouTube channel as part of our With Whom on Zoom series, for anyone interested in hearing some insight into the origins and goals of the charity.

All in all, whilst a few mistakes did distract from the story every now and then, Slings and Arrows was still on par with some of the most fun I’ve had at a Fringe show. It’s extremely important to engage with stories that are driven by people who have direct knowledge of the social issues their show portrays. Whilst the slip-ups in staging and dialogue would normally detract from the rating, the context behind the performance and the important societal impact of the concept behind Raised Voices must be taken into account. For those looking for an authentic, entertaining show that draws attention to hidden disabilities and other social issues, then Slings and Arrows is for you.

Tickets to the remaining performances can be found here.. 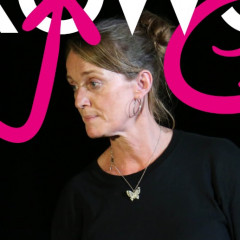 From Raised Voices, an award winning charity that works creatively with those who have experienced homelessness, mental health issues or addiction, Slings and Arrows brings an authentic voice to many overlooked social issues.