Brimming with concentrated emotion and a dash of ambiguity, This Camera is Broken depicts a conversation between a veteran director and her younger self.

Joshua Hext’s This Camera is Broken masterfully weaves its self conscious meta-narrative with genuine relatable emotion, and ends with a final shot that will linger in the viewer’s mind far longer than the run time of the seven minute film.

As part of the BBC’s New Creatives scheme, This Camera is Broken provides a snapshot of the life of a veteran director (Annabel Leventon) as she grapples with an actress (Cheryl Burniston) struggling to get into the character of the director’s younger self. It is an admittedly confusing premise, but one that the film is able to effectively guide the viewer through.

It begins with a woman answering a phone call in her kitchen informing her she has been diagnosed with an unknown hereditary illness. She then sits at a table with Burniston’s character and tells her: ‘you know my mum was just as hard on me as I am on you.’ This leads to a botched line from the younger actress, and the director halts the filming to discuss the issue with her. During the discussion, the actress asks her ‘this scene, did it really happen?’

The conversation that ensues rides through the flow of emotions that comes with remembering a deceased loved one. There are moments of sadness, frustration, and even laughter. Impressively, this feels entirely natural despite the rapid change of emotions, something that even a longer narrative can struggle with capturing.

Thematically, the film touches on family and the (sometimes negative) legacy our parents pass on to us, represented perfectly by the unknown hereditary illness and the director’s fear of becoming her mother, a concern that is intricately played with during the interactions between her and the actress.

Burniston’s acting comes across as a little flat at first, but warms up heavily during the pivotal scene of the short film, becoming impossible to look away from in its final moments. Leventon’s wonderful performance as the director expertly bridges the gap between the viewer and the complex ideas behind the film. Her experience is very apparent. With just a few choice movements she gives a full picture of who her character is in mere seconds.

Hext has taken a complex concept and crafted a short film that stirs the viewer with its ambiguity. It is a marvellous piece of visual art and I would implore you to seek it out on the New Creatives section of BBC iPlayer.

Hamish Gray is a recent English Literature and Creative Writing graduate with a deep passion for anything that grabs him, be this literature, film, video games or world culture. He is always looking to learn something new and tackles each experience with the unshakeable belief that good art can come from anywhere. 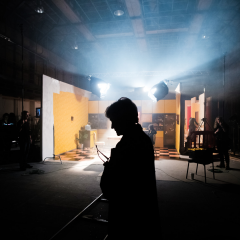 Review: This Camera is Broken

Brimming with concentrated emotion and a dash of ambiguity, This Camera is Broken depicts a conversation between a veteran director and her younger self. 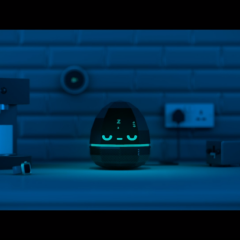 IT'S NOT THE END OF THE WORLD