Voice MagReviewsReview: Just As I Am…

In Just As I Am, Cicely Tyson reflects on her extraordinary career as an actress.

Just As I am is award-winning actress Cicely Tyson’s first and only memoir. Published just two days before she died at the impressive age of 96, Cicely’s memoir is her parting gift to us all. Just As I am, eloquently yet frankly written, begins with an account of Cicely’s childhood and her parents’ immigration from Nevis, a small Caribbean island, to the large and bustling New York City. Although Cicely was a private person, she is admirably honest throughout the entirety of her memoir as she reveals to the world her father’s abuse of her mother and her unplanned pregnancy at age 17. Cicely also provides the reader with an inspiring history of her career – before becoming an actress, she was a window cleaner, hairdresser, legal secretary, and model.

Cicely’s writing, much like her acting, has a profound ability to make you laugh at one moment and cry in the next. What makes Cicely’s memoir truly special, though, is the way in which it showcases how she was so much more than just an actress. Cicely harnessed her talent to impact and progress the lives of many individuals. This is exemplified in the foreword by Viola Davis, an actress best known for playing Annalise in the American TV series How To Get Away With Murder. For Viola, at age 7, seeing Cicely on her TV screen gave her ‘permission to dream’. In Cicely, Viola learned to embrace her identity as a black woman. Cicely was also the first black woman to wear her natural hair on TV. In consequence, she made thousands of women across the world feel represented and recognised. From this alone, it is obvious why Barack Obama presented Cicely with the Medal of Freedom in 2016.

However, the standout quality of Cicely’s memoir is that it is not just her own story but the story of black women too. At one stage, Cicely discusses Blaxploitation in the acting industry. She argues that at the beginning of her career in the 1970s, black women would typically be cast in roles that portrayed them as powerless and hypersexual beings, in line with derogatory racial stereotypes. As a result, Cicely only accepted roles that she deemed progressive for black women. Interestingly, Cicely’s reflections on her life are also interwoven with Black history. Living to the age of 96, Cicely lived through the Harlem Renaissance, Civil Rights Movement, Martin Luther King’s assassination, and Obama’s presidency. Cicely’s memoir is most unique in this sense, as it is also the history of America.

In the words of the icon herself, Just As I Am is the raw truth, ‘plain and unvarnished with the glitter and garland set aside’. 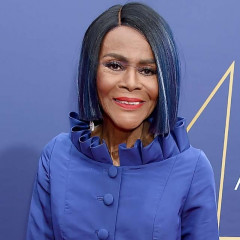 Review: Just As I Am by Cicely Tyson

In Just As I Am, Cicely Tyson reflects on her extraordinary career as an actress.