"The most important step, is the first step. A metaphorical step, but a step nonetheless.”

The Rialto is one of my favourite Brighton haunts. A lofty space with room to move, and a cosy sense of sitting in someone’s living room. I was the first in, greeted warmly by Keith and Delilah and joined by an upbeat and up-for-it audience. I’ll cut to the chase — this was a great show. It was laugh-out-loud funny, at times poignant, but always with an uplifting outlook. You don’t want to miss this.

Keith and Delilah brought us the HCT programme, an illusive, cult-like scheme quashing the best of queer culture and frivolity. Camp isn’t quite out of the question, “Callum’s Corner” is headed by an extravagant agony aunt with a penchant for gossip and an aversion to avocados, and Keith has his moment to step out of his moss green blazer and into a dramatic and dynamic drag persona… on a steam train. Delilah takes her narrative to the confessional, translating her illicit love for cousin Margaret and need for family approval into an honest (and hilarious) vote of queer, Swedish confidence. It didn’t take long before we were blessed with a rather intimate edition of audience participation — our good friend Romeo took to the stage to respond to the loving Juliet who gladly ran off the very best of, yes, you guessed it; Forest Gump. A performance in many parts, it felt frantic, but cohesive, drawn together by a chaotic duo with untold charisma, and a firm foot in nuanced, well written comedy.

I had the pleasure of catching Keith and Delilah (real names Jack and Rebecca) after the show, and asked about their initial vision and potential ambitions. Jack tells me that they had the aim to write about queerness, and approached it practically, writing up a Heterosexual Conversion Therapy Manifesto which takes centre stage under the “HCT” acronym. “It became a springboard for material,” he continued, a focal point for character development along with prompts asking “what kind of fruit am I?” which led to the avocado concept. I went on to ask about the intentions behind bringing challenging aspects of queer life to a comedy stage, engaging with a crowd that, in our case, might not naturally be involved in that community directly. It felt considered and comedic, but in essence revolved around a profound sense of identity. Jack tells me that they are not trying to impose a message as such, but instead are “hoping that people will take from it what they will”.

I, for one, took away an hour of gaiety and glee, a welcome relief from an ever heavy year. I went to the show solo, but left with the (metaphorical) company of Keith, Delilah, Callum, Juliet, and of course — cousin Margaret. I won’t be able to hack open an avo without Keith’s words ringing in my ears: “sometimes, it takes just one to tango.” 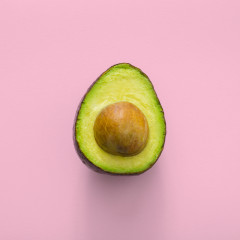 Brighton Fringe Review + Interview: Why I Am an Avocado

"The most important step, is the first step. A metaphorical step, but a step nonetheless.” 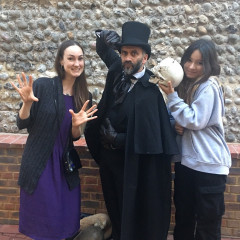