Voice MagReviewsPeople You May Know…

“January the 19th, then, you left the house in non-running gear without your smartwatch or your smartphone, almost like… I don’t know… like you didn’t want to be tracked.”

Screenwriter James Graham has partnered up with The Financial Times to produce his latest chilling piece, People You May Know.

The short piece spins a scarily accurate narrative, exploring how big tech, personal data and algorithms have entered our day-to-day lives. For some, unknowingly.

People You May Know centres on the integration of a private software firm data analyst (Arthur Darvill) and family law junior barrister (Lydia West), examining how citizens have given up their privacy (and their rights) to fight Covid-19. Both represent different sides of the argument. Darvill’s delivery as a cold, steely analyst matches West’s humanised, relatable experience that many will empathise with.

“The nature of what the home had been for centuries, gone within weeks, from a private place, a sanctuary, to a public space of work.”

Darvill offers an expertly portrayed hint of rationality that logically can’t be disputed. He argues the point of the algorithms is that they’re able to make these rational decisions without emotional interference.

“You think you’re one in a million? Congratulations! On a planet of 8 billion, that means there are more than 8,000 people exactly like you”. If AI took human form, Darvill’s portrayal mastered it. West’s portrayal parallels this performance perfectly by summing up what it means to be human – flaws included.

In just eighteen minutes, Graham achieves an exceptional feat of delivering a horrifyingly chilling but painstakingly accurate film. The writing is extraordinary, and the graphics are minimalistic but striking. The choice to include sections similar to a Zoom call is effective and will undoubtedly serve as a reminder of the pandemic in the years to come.

The innovative take on people’s data appears as though this film should belong in the dystopian genre. If it was released before the pandemic, there is no doubt it would be labelled a ‘scary futuristic take’, similar to Black Mirror. But what is truly horrifying and perhaps the most thought-provoking is that this isn’t the future. This is right now, 2021.

People You May Know provokes some chilling questions, such as:

Unfortunately, while this exact scenario is fictional, it was all based on entirely real headlines.

Deep down, most people know that their Google history isn’t private, their data is being monetised, and Alexa is listening to them. But it’s easier for people to bury their heads in the sand, to think, “oh it’s okay, I’m not doing anything illegal”, or “they have more important people to be listening to than me”, but this short film demonstrates how even the everyday person’s data can be used— and then used against them.

I’ve been waiting so long for a creative take on data and social media in the present day, and James Graham has delivered a truly exceptional short film. The kind that gets under your skin and leaves niggling seeds planted in the back of your mind. The kind that makes people look twice at their smartwatch, Alexa, or even their neighbour’s doorbells. 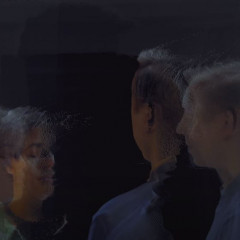 People You May Know review

“January the 19th, then, you left the house in non-running gear without your smartwatch or your smartphone, almost like… I don’t know… like you didn’t want to be tracked.”