Once again, Disney has  proven its skill in creating young stars with Olivia Rodrigo. Beginning her career in 2019 on the awkwardly named Disney+ show High School Musical: The Musical: The Series, Rodrigo has since shot to celebrity status in the past few months. Her hit single drivers licence only came out in January and broke Spotify’s record twice for the most daily streams ever for a non-holiday song. It debuted at number one on the Billboard Hot 100 chart, and her talents have been advocated for by pop icon Taylor Swift. Needless to say, Rodrigo’s debut album SOUR has a lot going for it.

If SOUR proves one thing, it's that music about heartbreak still sells. Every possible metaphorical lyric about the experience of heartbreak has been written and rewritten to death, and yet it stubbornly remains a staple of profitability in the music industry. Rodrigo has capitalised on this and utilised her relatable teenage girl angst to great effect.

This album splits heartbreak in two: on the one side we have yearnful and pain-filled songs like drivers licence, enough for you and happier. On the other we have angry pop punk-infused tracks such as good 4 u, brutal and jealousy, jealousy. This split is clever as it appeals to both younger fans who can immediately relate to Rodrigo’s experiences and older listeners for whom teenage heartbreak is a nostalgic memory. The pop-punk tracks in particular attract listeners who grew up with 2000s bands such as Paramore and Panic! At the Disco. With SOUR, Rodrigo has successfully executed the balance between modern relevancy and an evocative sound.

It helps that Rodrigo has genuine talent (unlike some other questionable Disney kids-turned-artists). Her voice is undeniably strong and works across different genres, and she is credited as a songwriter on all 11 tracks of SOUR at only eighteen years old. It will be interesting to see what direction her career will take after this release, but hopefully her talent remains front and center. 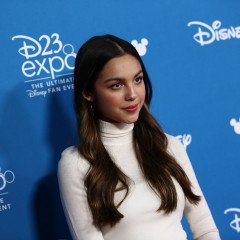