You can watch Body to Body here.

In 2019, young master's student Emily Charlton submitted a short film for the BBC's New Creatives, “that animates deep sea specimens from The Discovery Collection to envisage the (e)merging old and new materials in the ocean today." The short, named Body to Body, at first glance, could easily be mistaken for a trailer of a new extraterrestrial documentary. On the contrary, these images are all too earthly, with Charlton's aims highlighting our focus on "the impact humans have made on ecology, particularly the presence of plastics in the deepest depths of the oceans." "Part of the problem", she says, "is we are very removed from what is happening to the oceans, it's not very visible in our day to day lives - especially what is happening at the very bottom of the sea."

Charlton indicates that we share the planet with creatures we can't even comprehend, creatures’ lives that we are jeopardising the future of. The extreme-close ups draw our focus to other life systems, other communities, and other bodily structures that, without these new advancements in marine biology, we wouldn’t have been able to see, let alone understand. With this sea life being so far away from any sunlight, what lies on the screen looks like a shot from outer space. It reminds us that there is so much of our world that remains undiscovered, and hits us in the face with the reality that we are not the only life-form on this planet, that there are others that have remained unchanged for millions of years right under our noses.

The overlaying sound was interesting, but well-chosen in my opinion. Yet again, these are sounds that are not in our immediate world and are quite alien to the ears. The clicks, high-pitched swells of sirens and the almost musical ringing that we hear in conjunction with the almost extraterrestrial world we see on-screen takes some adjusting to. What I understand of these sounds is that they resemble sonars and echoing calls, which is how many underwater creatures communicate and sense the world around them. We know that bottle-nose dolphins use these sonars to communicate, for example. Sperm whales make clicking sounds, using their echo to create a radar of prey that is close.

In a comment on her plans for the short, Charlton said, "I'm going to be filming the discovery collection which is based at the Oceanography Centre in Southampton [...] They have a number of deep sea specimens collected since the 1930s. I'll be animating those deep sea creatures for my film. Some of the specimens look terrifying, it's otherworldly down there. I aim to raise awareness of the issues and contribute to a change in attitudes in some small way."

Of course, it is best to avoid the risk of making things too obvious and taking away people’s ability to reflect on the film themselves, but it might have been nice for there to be some exploration of where these creatures actually are, understand their surroundings, even if it is endless darkness, as the constant close-up could be quite disconcerting. In addition, if there was even a small example of the threat we pose to these creatures, it would have made an even bigger impact than it already manages to do; it is hard to convince people to make a change if they can’t see the direct impact that their actions have on other living species that have remained as they have only until our arrival. However, the wonderful thing about this film and its director is the underlying passion for education and change. David Attenborough has shown us that the most effective way we can make an impact on the reduction of carbon emissions and our understanding of endangered wildlife is by teaching us rather than using anger or violence. In very much the same way, Charlton highlights that it is awareness and education that will put us in the right direction towards saving the environment and the earth’s wildlife. 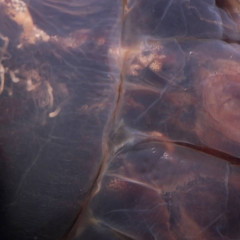