Billie Eilish’s documentary is an extremely personal look at how the teenager became the internationally renowned star she is today.

When Billie Eilish became a household name, she received an unfair reception. Critics were sceptical about her music’s intent, dubbing her music depressing and giving teenagers the wrong kind of message. But what does that even mean? Billie Eilish sings her truth, a truth she is not willing to sugar coat, and why should she? Surely that is the message teenagers need, instead of spending their lives trying to reach the unattainable goals society has long imposed on them.

Billie Eilish is a teenage girl who grew up in Los Angeles and did not think she would live to see 19. Of course, she did, and she has blessed the world with some truly authentic, honest and heart-breaking music that seems to speak to teenagers everywhere. With concerts that sell out in minutes, and well-seasoned stars like Justin Bieber eager to collaborate with the artist, it goes to demonstrate that critics don’t know everything, and were wrong to underestimate this exceptional musician.

Mental health, depression, and suicide plague so many teenagers and young adults worldwide, and whether she intended it or not, to some, Billie’s music is the anecdote to that. Having gone through the same issues, Billie’s music saved her from herself, and if it has done the same for even one other person, how can that be anything else but good?

TWALB was directed by R.J Cutler and is one of the most honest and forthcoming documentaries I have ever seen. It’s not trying to be anything other than the truth – a truly underestimated commodity that so many of us crave. When we are constantly looking for an escape, sometimes the most vital thing we can consume is the truth because it gives us something better than an escape; it lets us know that we are not alone.

There was nothing glamorous about the documentary at all. Even in the scenes where we see her on set for a music video or performing at Coachella, she took experiences people fantasise about, and she showed us the truth behind them. That, and the fact that most of the documentary took place in Billie’s childhood home, where her story begins – in her brother Finneas’s bedroom.

When Elton John’s biopic Rocketman came to cinema’s, I remember reading one review that criticised the release of such biopics while the celebrity in question is still alive. They said that it gave room to idealised romanticism, insinuating that only in death can people speak honestly and candidly about what really went on. I didn’t agree with them about Rocketman, and I wouldn’t agree with them if they said the same thing about TWALB.

One thing that stood out in TWALB is how normal Billie Eilish is. She strops, has tantrums, can be demanding, and sometimes doesn’t listen to advice or caution, just like every other teenager out there. In the documentary, I didn’t once see her apologise for it or try to play down what she felt at that moment, as women are almost encouraged to do to ensure they come across agreeable. Everything about her, intentional or not, is a subtle ‘FU’ to the patriarchy.

Billie Eilish is a real person. Although that may seem obvious, there comes a time when a person reaches a level of superstardom that we, as fans, critics, or onlookers, tend to forget. She showed incredible personal moments of insecurity, self-doubt, self-sabotage, the whole package, and it wasn’t always pretty. Still, it’s relatable, and that, in my opinion, is partly the reason why she is so loved.

We all know being famous comes with its issues; we have seen said issues unfold before our very eyes courtesy of newspapers, magazines and talk show hosts. But what makes Billie so groundbreaking is that she doesn’t shy away from those issues. She speaks openly about mental health, depression, suicide, love, heartache, not feeling enough. All of the things that every teenager at one point or another in life has been told to downplay is right there, in the lyrics of this young girl who is really no different from them – despite the millions in her bank account. The one thing critics feared about Billie Eilish is the one thing that has made her so special to so many.

Could the industry be even harder now?

When watching the documentary, I couldn’t help but think about Britney Spears. Both strong, young women from humble means with a passion for music, yet, if we look at both of their lives, they couldn’t be any different. At Billie’s age, Britney was a sex symbol who had to endure inappropriate questions from every male who interviewed her. In an interview Billie did in Paris in the company of two male critics, they asked her about her process, the meaning behind her music, and they seemed to hang on her every word. The juxtaposition is huge, yet the only difference I see between them is that Billie’s support system was rock solid. Her mum and dad came with her on every tour, every meet and greet. Her brother Finneas is as responsible for her success as she is, owing to the fact that the two are creative energies that feed off each other to create all that they do. I can’t help but question whether if Britney had risen to fame in our current societal climate, or had a more stable support system, things might have turned out differently for her.

The songs she writes were the subject of many debates. There is a particular scene where her mother has a rather awkward tet-a-tet with Billies’ assistant about her hit song ‘Xanny’. The assistant argued that the song in question might be a tad presumptuous (being an anti-drug song) in case Billie was to dabble in drugs in the future. Billie’s mother thought this was a somewhat ridiculous notion as, not saying that she would, but if she did, she should be able to make that mistake without fear that something she said as a teenager would mean people were ten-times more critical of her for it.

With ‘cancel culture’ being what it is, every public figure has to watch their back. Living under a microscope and being extra deliberate with the moves you make in case someone takes a screenshot of it to use against you later is a very real pressure that is extremely hard to navigate. Billie wanting complete creative control over her work burdens her with this added pressure. Still, sadly, it’s better than the alternative, which is to be taken in by industry people who see you only as a prize to be won.

Protect Billie at all costs

Billie is a role model. There is no doubt about it, but as we have seen many times, this comes with a rather heavy crown that not everyone is strong enough to wield. The industry she has chosen is not ideal for someone who already suffers from mental health issues. Still, if anyone were to fight against the inevitable downfall that comes with superstardom at a young age, I would put my money on Billie Eilish. The young woman who broke up with her boyfriend and then, on the same day, went on to deliver a performance nothing short of spellbinding without hesitation.

The World’s A Little Blurry is not simply a cautionary tale about the negative sides of stardom. It celebrates a young woman who deserves every accolade she has won so far. It celebrates family and music and making your dreams a reality. It makes superstardom look like an achievable goal for any young artist who has the will to wake up every day and chase that dream. A very toxic industry is a little better for having Billie Eilish in it, so let’s not ruin her like we have so many stars before her.

The World’s A Little Blurry is available to watch on Apple TV. 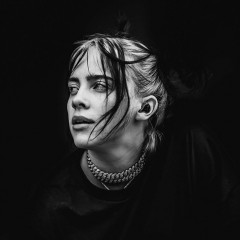 The World’s A Little Blurry: Review

Billie Eilish’s documentary is an extremely personal look at how the teenager became the internationally renowned star she is today.