A simple review of the animated short film 'One small step' by Andrew Chesworth & Bobby Pontillas and produced by Taiko Studios in 2018.

One small step is an animated short film by Andrew Chesworth & Bobby Pontillas and produced by Taiko Studios in 2018. The story follows Luna, the main character of the short, as she is inspired as a girl to become an astronaut, which she then pursues for her life with support from her father. As life goes on, Luna’s situation seems to get worse, from loss of her father to failing to get into the astronaut program, then inspiration hits her again as she finds a box of old shoes her father made her as a child before the short ends with a montage of Luna succeeding and seeing her on the moon like she dreamed to be. The simplistic style and light subject of the short shows that its targeted for a younger audience.

One small step is a lifestyle/ inspirational style video. The short works really well for the inspiration it attempts to create. The structure followed a simple 3 act structure as most entertainment does.

Act 2: Everything starts to go wrong.

Act 3: Hope and inspiration comes back.

The simple structure the short follows allows young audiences to follow and understand with ease.

Although the short lacks dialogue, it still manages to portray and communicate exactly the tone and atmosphere the audience is meant to feel. This is reinforced by the animation of the short as they can use the animation to their advantage of showing emotions and thoughts of the characters without any dialogue needed. This is also further amplified with the possibilities like using the colours to reflect the atmosphere the animator wants to make. This technique is used in the short when Luna starts to lose hope, and everything goes wrong as the shots in camera turns to cooler colours like blues and greys. 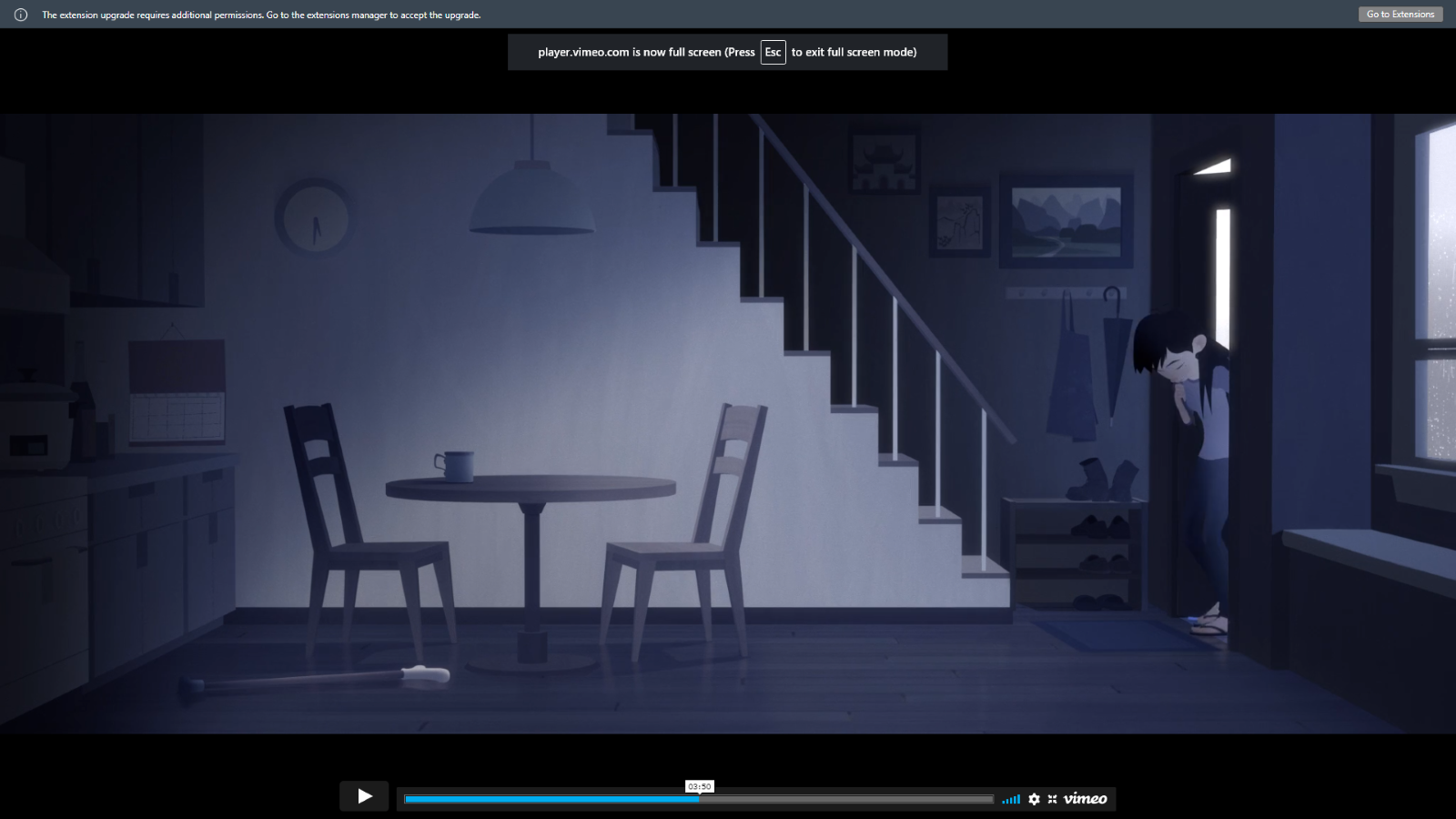 (example of the colour change)

However, the short uses the music and sounds to replace dialogue. The music is powerful, backing up the amazing animation. It followed and amplified the feeling-based atmosphere that the animation created as the story goes on. The sound effects are really well used, especially in the beginning. They help to create an immersive and believable world that Luna lives in and allows the audience to feel like they are in the world with the characters. The imagination scene is a good example of this as the sound effects were well selected to make the scene truly magical. 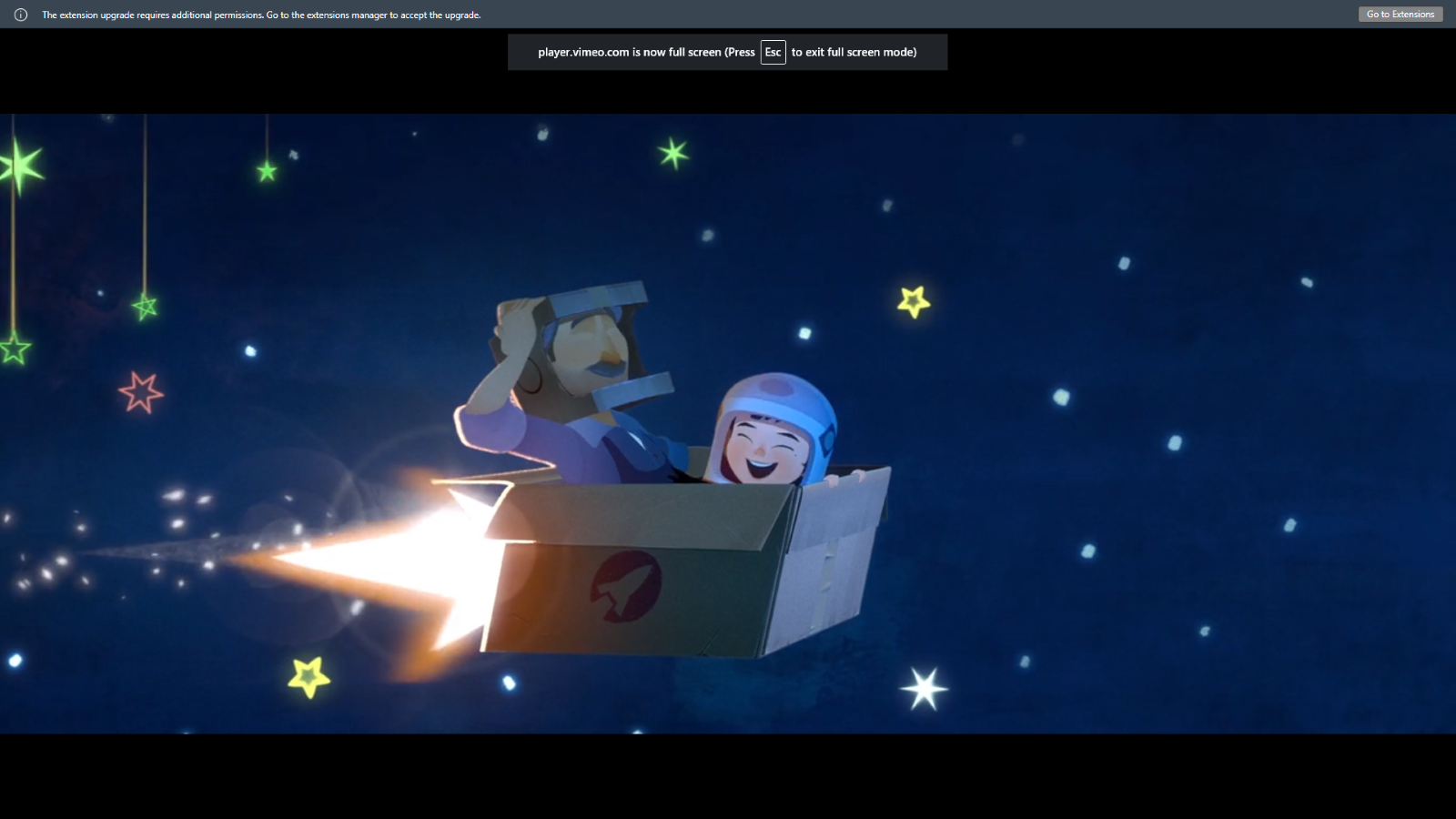 The camera mainly showed Luna or her father in shot to show that the story follows them. As the short goes on the colour is shown to be a main part of the created atmosphere. This is represented depending on Luna’s emotions and her situation. For example, when everything went south the colours changed to cooler blues and greys to show how the mood is a lot sadder and negative. 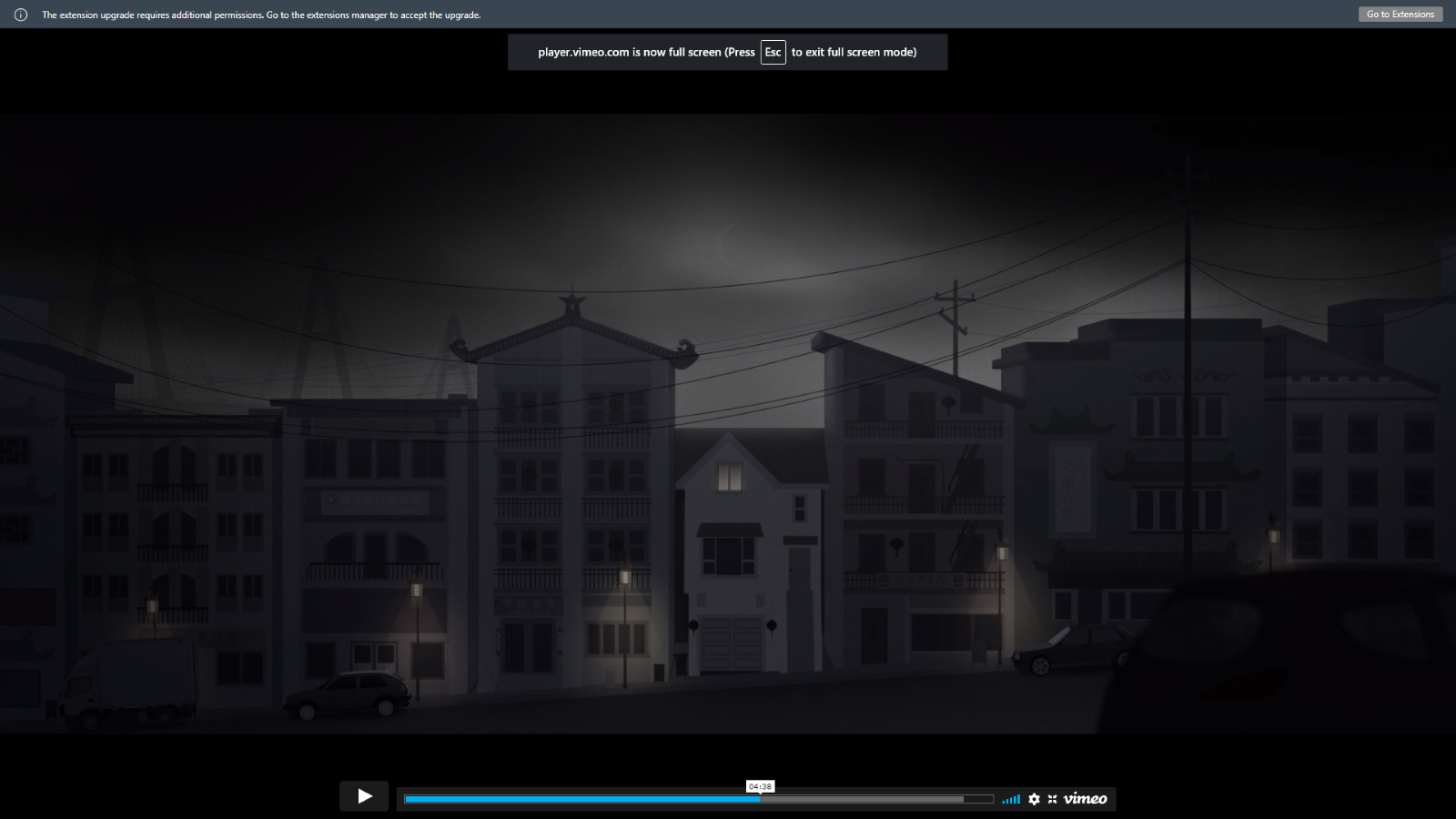 (example of the colour change)

Personally, I really enjoyed the short film and I plan to rewatch it a few more times as it was really inspiring and enjoyable. The animation was well made, and I would love to see a full feature film of the style of the animation that the short features. I would like to, at some point, look at more short films from the animators and taiko. I would definitely recommend this short film to anyone who is a fan of animation & interesting visuals as it shows the possibility that is possible when using animation for storytelling.

One small step, One great review!

A simple review of the animated short film 'One small step' by Andrew Chesworth & Bobby Pontillas and produced by Taiko Studios in 2018.