Daisies (or Sedmikrásky) is a 1966 Czech New Wave film, directed by Vera Chytilová. Czechoslovakia was a big cinematic blind spot for me, having only seen a few Švankmajer shorts. I was particularly interested by Chytilová, Vláčil and Forman. I saw Daisies was available on the BFI player so it seemed like a perfect opportunity. Daisies is about 2 young women, Marie and Marie, 'spoiling' themselves to mirror the destruction of the world around them; "How spoiled the world is, right". These vignettes, such as teasing perverted old men and endlessly eating, whilst fun by themselves, are not the focus of Daisies but simply a platform to communicate its themes. 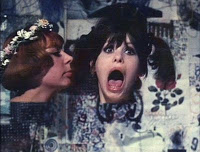 Daisies is a Dadaist comedy, taking fundamental cinematic conventions and destroying them. mirroring the ruleless nature of the Marie's within the films, creating a meta commentary on the freedom of filmmaking. This avant-garde approach allows for
surreal sequences and moments of comedy, Marie and Marie manipulating the film world to jump from location and (literally) cut themselves up with scissors.

The Marie's oppose every ideal of women in the 60s. Contrasted to the shots of nuclear war sandwiching the film in the opening and end credits, Chytilová demonstrates the stupidity of concerning yourself with the way that the Marie's act in the film. This is further shown in the end credits, "this film is dedicated to those who get upset only over a stomped-upon bed of lettuce”. This demonstrates the meaninglessness of prudery and arbitrary social norms we are expected to conform too, especially when there are so many problems in the world, such as the the Cold War at the time of Daisies release, Czechoslovakia being a USSR satellite state. This is the foundation for the inherently feminist nature of Daisies, the aspect most often discussed. The film was banned on release, as was Chytilová from directing for several years. This further helps serve as a meta commentary, the film itself being as rebellious as its characters. This is fourth wall breaks done right, something that usually annoys me in films, using the real life elements incorporated to further the thematic strength of Daisies.

Marie is the perfect name for our leads. Whilst I am unsure if the wordplay is intentional as I don't speak

Czech, in English Marie brings immediate connotations to marionettes, showcasing the characters purpose as puppets for Chytilová. There is also the religious imagery with a link to the Virgin Mary. This is shown within the film, the Marie's first step to 'spoiling' themselves being to eat apples, a clear reference to the forbidden fruit. Here the act can be interpreted as a form of salvation. Whilst Eve is cast down and burdened with sin, through this she is granted independence from God, the patriarchy.

As previously mentioned, avant-garde techniques are used to reflect this anarchist nature. This includes odd sound syncing; rapidly changing colour filters; chaotic and rapid editing; the lack of narrative structure; visual collages reminiscent of Brakhage, filled with yonic symbols, such as flowers and butterflies. This is contrasted to the destruction of phallic symbols, the Marie's lying in bed, discussing love whilst cutting up sausages, bananas, pickles and bread rolls, an obvious rejection of patriarchal figures and an embrace of femininity and female power. Daisies is a great example of style enhancing how substantive a film is, complimenting the themes rather than distracting from them.

Overall, I really loved Daises. It was a refreshing and unique experience, giving me a lot to think about. My only criticism would be that due to the repetitive and aimless nature of the plot I started to lose interest at about 45 mins. However, the last 20 minutes completely grabbed my attention back and at only 79 minutes the film flies by. Furthermore, this could be argued as intentional, the avoidance of a typical narrative being part of the free nature of the filmmaking. I would heavily recommend Daisies to any fans of non conventional filmmaking and I'm excited to explore more from the Czech new wave in the future. 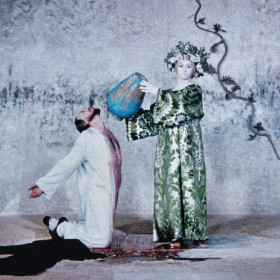 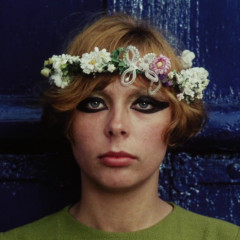 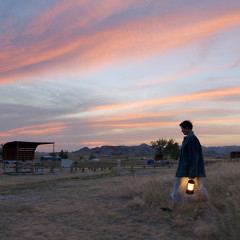 Nomadland wins big at the 2021 BAFTAs