Voice MagReviewsPale Waves - Who Am…

In spite of their best efforts to disguise themselves as a progressive indie rock band in the vein of Dirty Hit labelmates The 1975, Manchester-based indie outfit Pale Waves let their pop sensibilities shine bright in their debut record My Mind Makes Noises, betraying their neo-gothic aesthetic as little more than commercially-minded cosmetics masking their radio-friendly sound.

Leaving any pretensions to rock behind for their second album Who Am I?, Pale Waves lean even more heavily into pop, with lead singer Heather Baron-Gracie citing Taylor Swift and Avril Lavigne as influences.

The identity crisis posed by the album’s title doesn’t reflect any confusion about the band’s direction, however. Instead of going the way of Notes On A Conditional Form-era The 1975 and painting a messy picture with a broad palette of different genres, Who Am I? prides itself in being a back-to-basics noughties-influenced pop-rock record, resplendent with big sing-along choruses and soaring melodies.

This apparent simplicity is certainly welcome after Pale Waves’ peers Yungblud and You Me At Six’s recent attempts to stay relevant by shaking up the formula to varying results, and it’s refreshing to see a contemporary pop-rock act not succumbing to the hip-hop influences other artists have adopted in recent years. Moreover, some of the more pronounced ‘indie’ riffs and programming on their debut felt extraneous, distracting from the songs themselves without adding anything of value.

By stripping the tracks on offer here back to their bare components and bringing Heather’s vocals to the forefront, Pale Waves present a welcome devolution of their sound, and while Who Am I? can feel generic at times (‘Fall to Pieces’, ‘Run To’), there are some bright sparks of great catchy pop moments here. ‘She’s My Religion’ is the closest this record comes to the darker tones of Pale Waves’ debut, but even then sounds less like The Cure and more akin to an edgier Avril Lavigne cut.

In many ways, Who Am I? feels more like a stab at a solo album than a full-band effort. This time, Pale Waves is all about Heather: not only are the charismatic singer’s much-improved vocals amplified in the mix, but Baron-Gracie presents some of her most personal and introspective lyrics to date. A rousing record about embracing one’s own identity and sexuality, Who Am I? just about stops short from being a true generational statement due to its derivative tone, which sounds a bit too much like a range of mid-noughties pop acts to have a distinct sonic identity of its own.

While there are some staggeringly catchy pop offerings here (‘Wish U Were Here’ is a particular highlight), Who Am I? sounds as though it could have been released anytime between 2000 and 2015, leaving the feeling that two albums in, Pale Waves are still searching for a niche of their own. Still, Who Am I? stands heads and shoulders above its sometimes-repetitive predecessor, largely by virtue of trimming the fat: not only has Pale Waves stripped back the production to let the quality of the songs themselves shine through, Who Am I? is a staggering seventeen minutes shorter than My Mind Makes Noises, making it a much more palatable listen in the streaming age.

Half an hour of harmless pop fun isn’t going to change the world, but Who Am I? will certainly have fans old and new bopping along throughout its short but sweet duration, and it’s great to see Heather Baron-Gracie and co. step out of the shadows of their Dirty Hit peers in search of their own identity. Maybe by album #3 Pale Waves will finally find their own sound, but until then they are proving their worth as an infectiously strong pop act, even if they continue to stand on the shoulders of artists who have come before them. 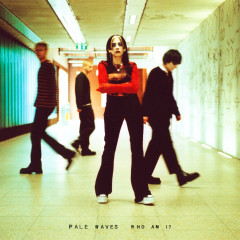 Pale Waves - Who Am I? Review: Half An Hour Of Pure Pop Joy 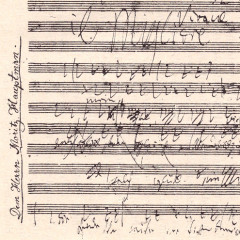 Good To Know: Why is Beethoven’s Für Elise so famous?