2020 will be remembered for a lot of things – great and bad – and among its list of events is the launch of a new generation of game consoles from Sony and Microsoft.

Following the disastrous launch of the Xbox One launch in 2013 – derided for its complicated online licensing, focus on TV and multimedia, and lack of power compared to the Sony Playstation 4 – Microsoft has spent the whole of the last generation trying to win back gamers.

And to be fair to Microsoft, the work they did was certainly admirable, bringing backwards compatibility for games as far back as the original Xbox (first launched in 2001), releasing a significantly improved Xbox One X (touted as the world's most powerful console) and debuting Xbox Game Pass, a subscription game delivery service that is arguably the best deal in gaming. They have even started to plug the gap on the number of exclusive games they offer through the acquisition of a number of high profile studios like Bethesda, Ninja Theory, and Obsidian Entertainment.

So, going into this new generation, Microsoft has everything to play for, and on paper the Series X is bringing the most raw power to the party. But is that worth the frantic refreshing every retailer's website to try and acquire one, or paying the practically criminal prices touts are demanding? Let's get into it.

Constructed of a matte-black plastic, this console simply demands your attention – in no small part because of its size. Standing at over 30cm tall it will tower over anything else you have in your media entertainment set-up, and while there is the option of having it lay horizontal, it was clear that Microsoft intended the Series X to stand proud, as indicated by the logo orientation and non-removable plastic disc foot.

Either way, regardless of how you position the console, there is no getting around how big and domineering the device is. While the Xbox One X was impressive in part because of how much power it fit into a tiny footprint, with the Series X Microsoft have embraced the fridge aesthetic. It’s unapologetic in its presence, yet nowhere near bombastic as the PlayStation 5. You’re not going to be able to hide the Series X, but over time you might be able to grow used to its presence.

The only visual flair Microsoft has allowed the monolith is a top comprising of circular vents which when viewed at certain angles have a muted green paint job. It would have been cool if the colour was the result of LED’s, although at the same time it would only further draw attention to the device. 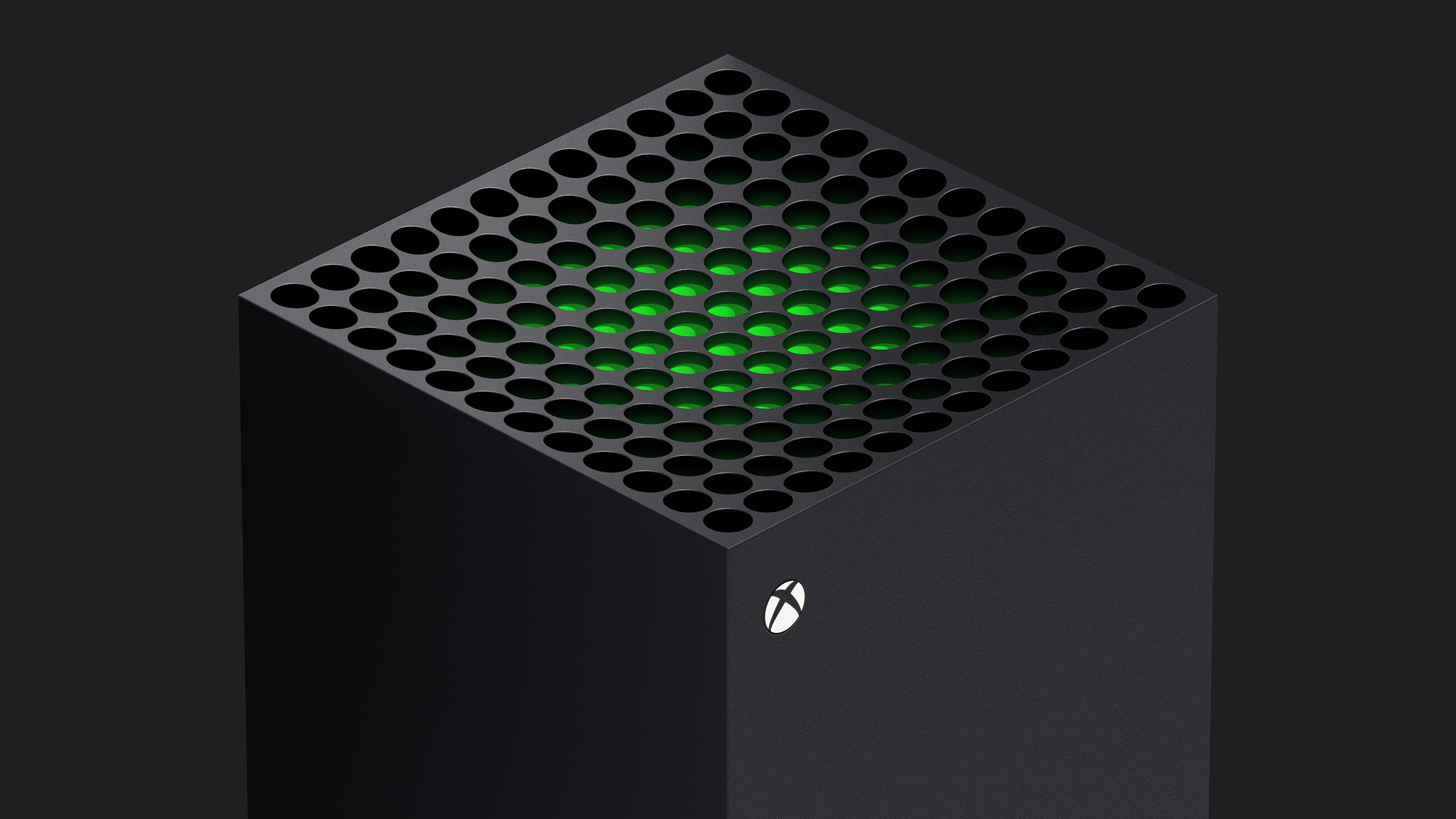 Early reviews mentioned how the device was a fingerprint magnet. In my experience this is true, although beyond getting pictures for this article I can’t imagine how often I’m going to be touching the console. I certainly won’t be making a habit of picking it up, given how surprisingly heavy it is – getting it out of the box was a two-hand job!

Setting up the device is a relatively painless process. Once you have unboxed and unwrapped the device, you simply need to plug in the power cord and the included HDMI 2.1 cable, and you’re ready to go. If you have a TV that is capable of 4K and/or 120Hz, you should take an extra second to make sure that you plug the console into the display’s 2.1 HDMI port to make the most of those features. You can even hook up the same external HDD as your old console (if you’re upgrading) and games will work just as before.

Unlike previous generations, the Series X will require you to download the Xbox app to complete set-up. The app will communicate with the console and allow you to connect to your WiFi, and then take you through the process of creating an account or signing into an existing one. As I already had an Xbox account, I chose the latter option.

The app initially failed to find the Series X, but a quick restart of the app and the console itself soon sorted it out, and I was quickly booted into the familiar interface. Depending on what you generally expect from a new console, this will either be pleasing or disappointing – some may want to be presented with a whole new interface to discover and explore, while others will be grateful to not have to learn anything new. I personally am somewhat on the fence, wishing my new console ‘felt’ new, but simultaneously glad that the experience I had spent time personalising on my previous Xbox ported over seamlessly.

The Series X comes packed with AMD's Zen 2 CPU, a custom 1TB NVME SSD, and the RDNA 2 GPU which delivers 12 TFLOPs of processing power. These are all impressive sounding, but what does it all mean? In a nutshell, it means the machine is fast, with enough overhead to deliver gaming at 4K and 120fps, if you have the games and display to support it. At the time of writing though I only have a 1080p TV, so while those benefits are not apparent, I’m pleased to say that at the very least the Series X flies around its menus, and has finally eliminated the lag that plagued the UI in prior generations.

Despite not being able to play next-gen games at their best, I did take the time to explore ‘last gen’ games on the Series X to see what the new hardware offered.

I started with Control – a game that seriously struggled to maintain a playable framerate on the One X even when doing basic things like opening the map. Although it wasn’t stutter free experience it was significantly improved, with minimal slowdown and loading times that were far quicker than the predecessor, which if I were to be dramatic could be described as insufferable.

The same is true of The Outer Worlds, Obsidian Entertainment’s answer to the question of ‘What if we had Fallout, but in space?’ On the One X the game was interminably slow to load at points, with framerate drops when the combat got too heavy. Again, and perhaps as expected, this was significantly reduced following the move to the Series X, loading the game in under 15 seconds.

It should be noted that neither of these two examples have been enhanced to take full advantage of the NVME storage and Velocity Architecture that unlocks even quicker game speeds. In the case of Control, 505 Games decided to keep the next-generation upgrade locked behind their recently released Ultimate Edition – a rather consumer hostile move and one thankfully not every publisher decided to make. Meanwhile, The Outer Worlds hasn’t been updated, and based on the table of enhanced games Microsoft provides on their website, an update isn’t in active development. A shame, for sure, but the speed differences already make for a vastly improved experience.

This will be a short section, as the bottom line is that there are only a handful of next-gen only exclusives – The Medium being one of them. Although this is pure speculation on my part, I don’t believe that will dramatically change until 2022 at the earliest, meaning for the time being if you have a console already you will be able to play basically all the new releases without issue.

As mentioned above, some publishers like 505 Games have seen the next generation as an opportunity to double dip, requiring gamers to purchase the game again to get the benefits of next-gen. Luckily, this isn’t the case across the board, and in the Series X Software Development Kit (SDK) Microsoft have given developers the power to build one version of their game that detects which console you’re on and delivers the best experience. This is known as Smart Delivery, and will not only mean you don’t download ultra-high resolution assets if you don’t need them, thereby reducing storage demands, but it also means there is no cost to you when and if you move from one generation to the next. If you move from the Xbox One generation to the Series, the console will download the additional assets and you’ll be ready to go.

You also have to factor in Covid-19, which has had significant impact on studios and slowed down their development. A number of high profile games such as Halo Infinite, Rainbow Six Quarantine and Crossfire X have all been delayed until some time in 2021, and the next-gen patches for a number of games are also not arriving until next year. You also have games like Cyberpunk 2077, which will undoubtedly benefit from the more powerful hardware, launching in such a buggy state that you’re better off waiting anyway.

In short, it’s unlikely that the selection of games will serve as a reason to upgrade, at least in the short term.

Do you need it?

So you’ve read this far, and you must be desperate to find out whether or not I think the console is worth the £450 price of admission, assuming of course you can even find one at that price.

Honestly? I think it depends, but if forced for an answer I’d say probably not at the moment, but it definitely will be. I know that’s not the definitive answer that the internet so frequently demands, but I think whether or not this console is worth your time right now is dependent on a number of factors about who you are and your current setup.

If you already possess top of the line TV that supports 120Hz and 4K then you’ll be able to make the most of the console and the games that have been updated to support those new features. Given your high-end TV, you’re probably someone who cares about the best experience, which the Series X will offer. Equally, if you are currently gaming on an original Xbox One from 2013, then the Series X will be a real breath of fresh air, and if you don’t currently own a console but want one, the Series X is a great place to get started!

However, if you are someone who is still on a 1080p TV, or has an Xbox One X already, then the benefits are going to be less pronounced. The image will be crisper, games will hold a steady 60fps more frequently and the load times will be significantly improved, but is that £450+ of value? Only you can truly decide that, but I would personally encourage waiting until later in 2021 when the console has more availability and retailers start offering deals. You would see more immediate benefit putting that money towards a new TV as the Xbox One X can already output in 4K.

One thing is for sure though, nothing – especially not this new generation of console – is worth the hyperinflated prices touts are demanding. Be smart, and don’t support this heinous practice. 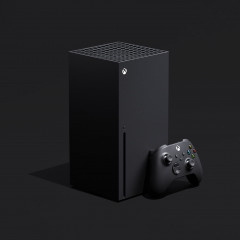 Xbox Series X impressions: this will be great… eventually 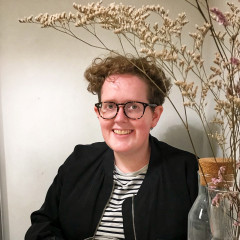