My film review will be about the Star Wars Saga as they’re the films I’ve been recently watching for the past week. This is my first time watching them so I’ll be talking about my opinions of the film, facts, and if I recommend them.

Star Wars is a popular Science fiction/action film series that first came out on the 27th December 1977 created by George Lucas and was produced by Lucasfilm but Disney bought Star Wars off them in 2015. The first released film is called Star Wars: A New Hope. They’d originally had planned for this to be the only film before they’d considered to create anymore. However, the film was a huge success as this sort of film had never been created before with the graphics and editing that they’d included. The film has so many great qualities about it with the different types of species and about the different characters. They also included a lot of different sounds with the sounds of the wookies, the droids, the lightsabers and so much more which hadn’t been done before.

This was my first time watching the Star Wars series before, and I thought that they were great. I found the film orders a bit confusing as since the first three became so popular, they decided to make many others and a TV series. The only thing I will say that I didn’t like is how it confused me as they’re not released in the correct order so I got confused, however I read online and a friend told me the correct order.

Throughout the films it’s just the good vs the bad. The bad people want to get rid of the Jedi’s and to rule over the other planets. Jedi’s are people who are strong warriors and some are good at being a pilot with flying the ships. With the first original films there are a lot of main characters including: Luke Skywalker(Mark Hamill), Princess Leia (Carrie Fisher) Han Solo (Harrison Ford), Chewbacca and many more. Each film has a different set of characters involved in it and there’s a different plot in each one with different things happening with the Rebellion saving the galaxy.

However, to the filming side of the films, I think even when they were first ever released, the quality and the graphics are amazing and there are some really great shorts and animations in the film. It’s incredible how they had managed to create such great films when they were first ever released due to their technology and cameras aren’t as advanced as ours now. I also think in the newer productions like the series with Rey in, there’s also great shots in there too with the new updated technology.

In conclusion, I would definitely recommend this trilogy to people to watch if they enjoy similar things like this. It can be a bit confusing with remembering the different characters names and planets as they’re not normal names or words you would of normally heard of. If i was to rewatch them again I would only really watch the first six and not the others just because I enjoyed them ones the most. 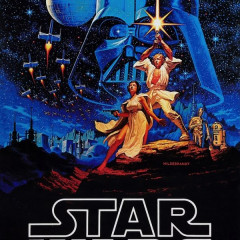 My film review will be about the Star Wars Saga as they’re the films I’ve been recently watching for the past week. This is my first time watching them so I’ll be talking about my opinions of the film, facts, and if I recommend them.